After two hours, advocates emerged from the meeting with Dayton and said they still have hope a compromise can be reached this session. Dayton's office released a statement saying the governor was grateful for the meeting, and acknowledged afterward that it was difficult to see so many Minnesotans suffering with pain. Additionally, he directed his chief of staff, policy advisor and health commissioner to continue working with the advocates toward a solution. Prior to the meeting, Dayton's tone had taken a turn away from optimistic. Although he had said there was still time to work out a compromise this session just days earlier, Dayton said he doesn't believe any bill that would allow patients to grow their own plants could pass.

Over the weekend, Rep. Carly Melin proposed a compromise that would remove provisions for growing plants and also added penalties for smoking marijuana -- a move she contends would create the strictest law in the country; however, law enforcement groups said they still could not lend their support. Dayton has said he will not sign a bill that doesn't have backing from police, and said adding another layer to the drug epidemic "is not a step in the right direction."

STATEMENT FROM GOVERNOR'S OFFICE
"Governor Dayton was grateful for the opportunity this afternoon to spend time with these Minnesotans, and hear their stories. Following the meeting, the Governor said it was difficult to see that so many good Minnesotans are enduring such pain and suffering. "During the two-hour meeting, Governor Dayton listened to the stories of each individual to better-understand their needs and concerns. The discussion also included a conversation about concerns that have been voiced by members of law enforcement and the medical community. "Governor Dayton has directed his Chief of Staff Jaime Tincher, Senior Policy Advisor Joanna Dornfeld, and Health Commissioner Dr. Ed Ehlinger, to continue working with medical marijuana advocates, and other groups, to see if a compromise agreement can be reached this session on this matter." 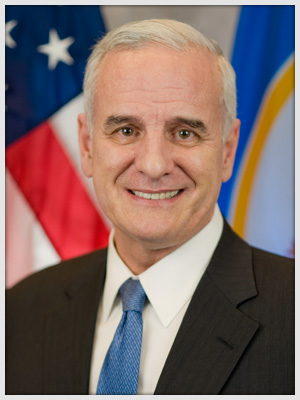