Medical Dispensary May Open In West Wendover, But Your Utah doctor Can't Prescribe

A medical marijuana dispensary may open less than two hours from Salt Lake City, but health experts say Utah doctors will not be able to write prescriptions that could be filled there.

The city of West Wendover, Nev., is in the process of passing an ordinance that would allow medical marijuana dispensaries to open within the city limits. The Nevada Legislature in 2013 passed a measure permitting such businesses, but cities that want them must pass zoning and land-use ordinances allowing them.

Nevada residents who wish to buy cannabis from these dispensaries must obtain a physician recommendation and sign a notarized waiver to apply for a medical marijuana card, according to the Nevada Division of Public and Behavioral Health's website.

West Wendover's proposal could be adopted July 18, said Anna Bartlome, city clerk. If it is adopted, the law will go into effect after it is published, Bartlome added.

But that doesn't mean a dispensary will open immediately, she said.

People interested in building a facility would have to first apply with the state, she said, adding, "There's not really any facilities or anything built yet, so they have to build and buy or lease land. It depends on how long that takes."

Mayor Daniel Corona was not immediately available for comment.

Even if a dispensary opens in West Wendover soon, a Utah Medical Association official said Utah doctors will not be able to prescribe medical marijuana to state residents because it is against federal law.

Nothing would prohibit a Utah doctor from referring a patient to another provider who might help with meeting Nevada's requirements, however, the official added.

It would remain illegal to bring prescribed cannabis across the Utah state line.

Nevada medical dispensaries – there were 55 as of March 15 – can sell marijuana to individuals with medical marijuana cards from at least 25 states, the division's website states.

Federal law says that authorities cannot stop states from implementing medical marijuana laws, so patients, caregivers and businesses cannot be prosecuted if they are following state law. This law expires Sept. 30, however, and would need to be reauthorized by Congress.

Utah lawmakers this past session decided not to legalize medical marijuana given the uncertainty of whether President Donald Trump's administration will enforce federal marijuana laws.

Instead, they passed measures to fund research in Utah into marijuana's potential benefits.

State lawmakers tried to legalize medical marijuana last year with two dueling bills, but a compromise proposal failed in the session's final hours when legislators found that there was no money to implement the program.

Lawmakers did, however, pass a law in 2014 that allows Utahns with severe epilepsy to import whole-plant cannabidiol extracts from states where medical marijuana is legal.

Under that law, the Utah Department of Health issues hemp extract registration cards to qualified individuals. From July 2014 to October 2016, 166 cards were issued, according to a department report.

As of April, 29 states and Washington, D.C. have legalized medical marijuana in some way, according to the National Conference of State Legislatures. 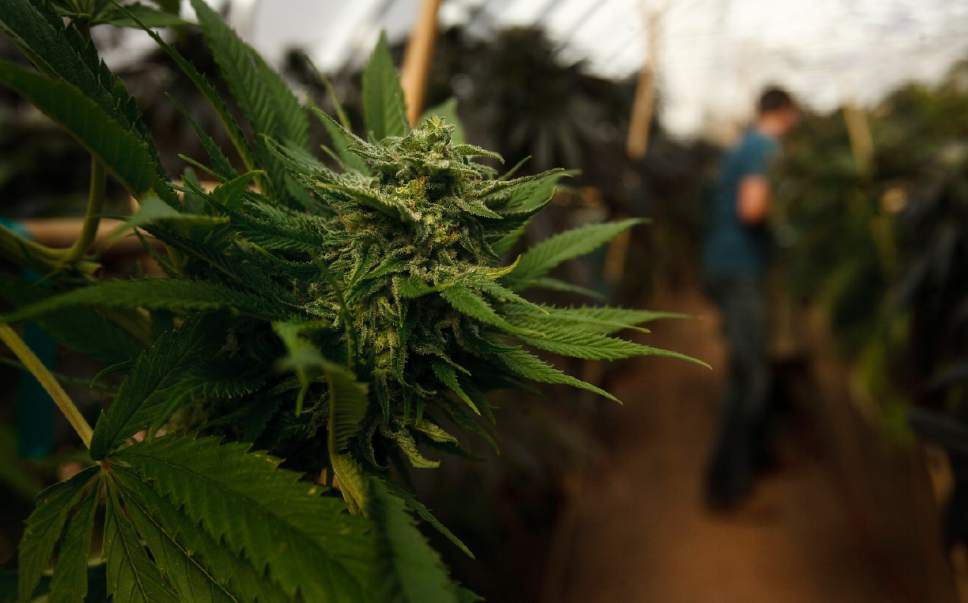 Considering A Trip To Nevada To Buy Recreational Marijuana? What You Need To Know