Wanted: Compelling stories about why safe access to medical marijuana is important to you.

As part of a campaign designed to promote "safe and legal access" to medical marijuana, the Coalition for Cannabis Reform Policy, a marijuana advocacy group, is launching a website featuring videos submitted by cannabis users. The organization is soliciting videos that provide gripping accounts of why cannabis legalization is important to users.

"CCPR will review every video submitted and put together a website to highlight some of the most compelling stories," according to Neill Franklin, retired police officer and executive director of the Law Enforcement Against Prohibition (LEAP).

LEAP is a strong advocate for cannabis legalization.

"The only way we'll end the prohibition of cannabis is by bringing to light the personal stories of those who have been most negatively affected by it," Franklin said via an emailed statement.

"If you or a friend has been arrested or hurt, denied access to needed medicine, or been impacted negatively in another way due to the war on marijuana, we need to add your voice and your story to this movement to end the prohibition of cannabis," Franklin said.

The online campaign follows the introduction of HR 2306 on June 23, otherwise known as the Ending Federal Prohibition of Marijuana Act.

Sponsored by Massachusetts Democrat Barney Frank and Texas Republican Ron Paul along with Reps. Cohen (D-TN), Conyers (D-MI), Polis (D-CO), and Lee (D-CA), the Ending Federal Marijuana Prohibition Act of 2011 removes marijuana from the five schedules of the United States Controlled Substances Act of 1970 and better enables states to pass their own laws, regulations and taxes regarding marijuana. 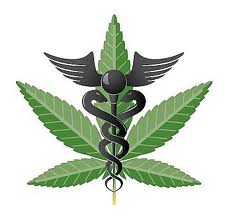