A bill to legalize medical marijuana in New York State faces a crucial first test in the Senate's health committee on Tuesday. The bill's sponsor, Independent Democrat Diane Savino, has said she has enough votes from both Democrats and Republicans to pass her Compassionate Care Act, if the bill is allowed to come to the Senate floor for a vote. But first the legislation must survive the 17-member health committee, chaired by Sen. Kemp Hannon, a Long Island Republican who has been skeptical of legalizing the drug.

Savino said recently her legislation has 39 votes in the full chamber, which includes vocal support from at least five Republicans: John Bonacic, George Maziarz, Mark Grisanti, Joe Robach and Tom O'Mara. But none of those Republicans sit on the health committee, which is divided between eight Democrats and eight Republicans, as well as Democrat Simcha Felder of Brooklyn, who caucuses with the G.O.P. conference.

Republican supporters of the bill have cited its potential palliative effects on young children who suffer from seizures, and a group of younger patients and their parents are planning to attend Tuesday's hearing. Advocates say they're confident the bill will pass the committee, and advance to the Senate's Finance Committee--an historic step in a chamber where no medical marijuana bill has previously advanced that far.

Still, the bill faces an uncertain future. Senate Republican leader Dean Skelos, of Long Island, has said he supports legalizing some forms of the drug, but is opposed to legalizing smokable marijuana. Savino and her Assembly co-sponsor, Dick Gottfried, have amended the bill to address those concerns--most recently to limit smoking to those over age 21--but it's unclear whether those changes will be enough to please Skelos and other senators, like Sen. Pat Gallivan, a former Erie County sheriff, who has said he shares Skelos's concern.

Late last week, Republican senator Phil Boyle, also of Long Island, introduced a competing medical marijuana bill that would not include smokable forms of the drug, limiting its use to oil-based forms. Boyle's bill further restricts the kinds of conditions the drug can be prescribed to treat. His proposal would not allow the drug's use for rheumatoid arthritis or post-traumatic stress disorder, for example.

Advocates are adamantly opposed to Boyle's proposal, which they say would severely limit the number of patients who can benefit from the drug. Patients who use marijuana for pain relief, like cancer patients, receive more immediate relief from smoking the drug than ingesting it in the form of an oil. And advocates say strains of the drug used to create oils are more difficult and costly to grow than the smokable plants. Limiting the drug's production to the more costly oils could, advocates argue, stymie the growth of a functional marijuana industry inside the state. Last week, Minnesota became the 22nd state to legalize the drug for medical uses, and New York is the only state in the Northeast, with the exception of Connecticut, that doesn't currently have some form of legalized medical marijuana.

Governor Andrew Cuomo jumpstarted the debate over marijuana when he announced in January that he plans to legalize the drug through an existing 1980 state law. The plan, similar to one enacted in Maryland in 2013 (which ultimately stalled) would have allowed just 20 hospitals statewide to distribute the drug, and patients would have to undergo a board review before receiving approvals for prescriptions. The plan would not have allowed New York State to grow its own supply of the drug. Instead the state would have had to rely on small, unreliable sources of the drug, either on the small quantity of plants grown by the federal Drug Enforcement Agency or pot seized by law enforcement officials in drug raids. Cuomo has said he would consider any legalization bill passed by the Legislature. 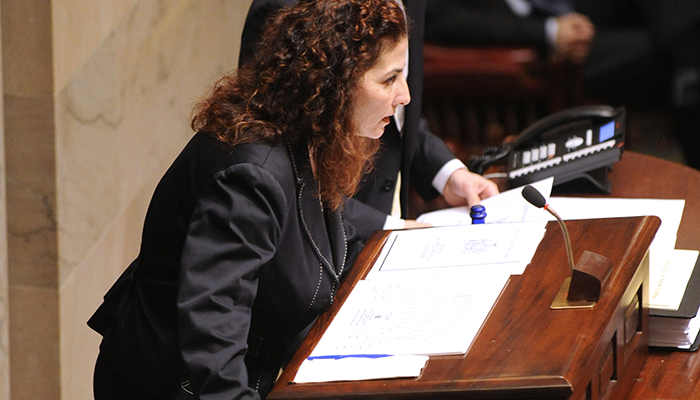 The bill passed the health committee today with a 9-8 vote.
420 Contests
Everything You Need To Grow Cannabis
Forum How-To Guides For Beginners