A bill that would legalize medical marijuana in New York suffered a major setback Monday, as a high-ranking state senator said he has no plans to move it out of a committee he controls. Senate Finance Committee chairman John DeFrancisco on Monday said the legislation wouldn't be put to a vote in his committee, saying too many uncertainties remain about the drug. DeFrancisco's comments came the same day Gov. Andrew Cuomo told reporters he would sign a medical marijuana bill -- so long as it "makes sense." DeFrancisco, R-Syracuse, told Gannett's Albany Bureau that the bill being pushed by advocates in the Legislature has too many unanswered questions. The measure is sponsored by Sen. Diane Savino, D-Staten Island.

"The Savino bill will not come out of my committee, the Finance Committee," he said. "You don't have any kind of reasonable research on the effects. You have people coming in here every day trying to ban e-cigarettes and use of tobacco in other ways." The state Assembly earlier this month passed a bill to authorize pot for medical purposes, and advocates have focused their efforts on winning over Republican support in the Senate before the legislative session ends June 19. Six Senate Republicans have publicly signaled support for a version of the bill that would prohibit smoking marijuana for those under the age of 21 and strictly define the diseases it could be prescribed for.

Cuomo in January first unveiled his plan to unilaterally authorize up to 20 hospitals to distribute medical marijuana for research purposes, and last week announced the state would partner with a British company to conduct clinical trials for an oil-based form of marijuana. Advocates for the drug, however, have said Cuomo's plan doesn't go far enough and have instead pushed for the bill in the Legislature, which would authorize the drug more broadly while setting up a regulatory system for growing and distributing it. Cuomo has never committed to signing the bill if it is passed, but on Monday said he would be open to signing medical marijuana legislation in some form.

"Obviously, I support the overall effort, that's why we're doing it already," Cuomo told reporters in LaGrangeville, Dutchess County. "If they have a piece of legislation and the legislation makes sense, then I would sign it because I support the overall effort." DeFrancisco's comments Monday cast significant doubt on whether a bill will make it to Cuomo's desk this year. While the bill could be reported straight to the Rules Committee -- the last stop before a full vote — Senate Republican Leader Dean Skelos, R-Nassau County, has expressed reservations about allowing a vote on a bill that would authorize smoking marijuana. DeFrancisco said there might be support for legislation that would not allow medical marijuana to be smoked, but to be used in other forms, such as oil, mainly to help children with epileptic seizures or other debilitating diseases.

"There has been no test studies done as to the adverse effects of smoking marijuana because every other drug I know of is approved through an FDA process, and the governor has an alternative, namely doing research and determining whether the beneficial effects, if any, are sufficient to outweigh the negative effects," DeFrancisco said. Gabriel Sayegh, state director of the Drug Policy Alliance, said supporters of medical marijuana would continue to push their cause. "We've got two weeks left in session," Sayegh said. "It's certainly not what we want to hear from DeFrancisco, it's disappointing. But be that as it may, we've got this week and next week left, and we're going to push until we get this thing done."

Sen. Mark Grisanti, R-Buffalo, one of the key Republican supporters, said he hopes the measure passes. Savino and Assembly Heath Committee chairman Richard Gottfried, D-Manhattan, have the bills in their respective chambers. "I think there have been some changes made to the bill that will satisfy all concerns," Grisanti said. "To me, the bill has a lot of regulations, probably the most stringent in the nation." The state's medical marijuana policy needs to take the potential disadvantages of medical marijuana into account, Cuomo said. "Remember, there are advantages to using marijuana for medical treatment," he said. "There are obviously disadvantages if you don't do it right, and if the controls aren't in place, it could be a problem. So how you do it is everything in this case." 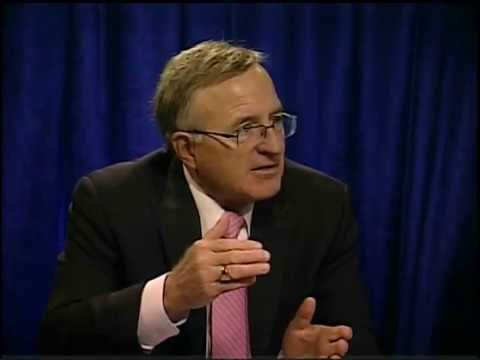