Medical Marijuana Bill Goes To The House For Consideration

Senate Bill 2262, which would make medical marijuana part of the "pain patients bill of rights" in state law passed its third and final required reading by the full Senate on Tuesday, the "cross over" deadline. The measure now goes to the House for consideration.

"If we can get this measure regarding the pain patient's bill of rights (passed into law), that would be progress," Sen. Will Espero, a Leeward Oahu Democrat who co-sponsored the legislation, said Tuesday.

Espero was optimistic the bill would be passed by the House, as well.

According to 2011 figures from the state Narcotics Enforcement Division, which administers the medical marijuana program, Hawaii County accounts for almost half of the Big Island's 7,593 permits.

The measure has the support of medical marijuana activists, as well as some physicians.

Andrea Tischler, co-chairwoman of the Big Island chapter of Americans for Safe Access, stated in written testimony to the Committee on Public Safety, Government Operations and Military Affairs, which Espero chairs: "Cannabis has been recommended by the Hawaii Medical Association to be placed as a Schedule III controlled substance. This would allow doctors to prescribe as they do Oxycontin." She called the drug "a powerful pain medicine without the dangerous side effects of addictive drugs such as Vicodin and Oxycontin."

Dr. Clifton Otto, a Honolulu opthamologist, called marijuana "one of the safest pain relieving botanical substances known to man" and wrote that "highly dangerous opioids (like Oxycontin and methadone) ... constipate and sedate patients and are responsible for 15,000 accidental deaths every year."

Meanwhile, House Bill 1963, which would eliminate chronic pain as a qualifying condition, unless it is associated with diseases such as HIV/AIDS, cancer, multiple sclerosis or Crohn's Disease, died without a hearing in the House Judiciary Committee.

The bill, written by NED, which administers the state's medical marijuana program, had the support of Hawaii's law enforcement officials, who contend that its passage would have closed loopholes that create abuse of the medical marijuana law.

Attorney General David Louie's written testimony to the Public Safety and Health committees supporting the measure expressed his concerns about "preventing the development of major marijuana growing operations under the guise of the medical marijuana program."

Big Island Police Chief Harry Kubojiri wrote in his testimony that he was told by NED personnel that "the largest age group of medical marijuana permit holders are the '18 through mid-20-year-olds' who suffer from 'severe pain,' which takes away from the original intent of medical marijuana program, which was designed to assist those who are diagnosed with terminal or severely life threatening types of diseases, such as cancer, HIV and AIDS." 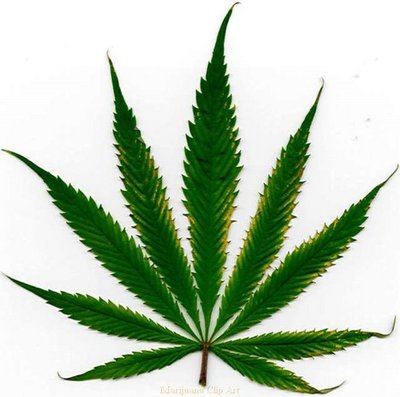 Best of luck patients in Hawaii!

Man, I didn't start using MMJ for pain... But it does help with it. This is sad, it would be upsetting if something like this passed here... Shoot, they've already kind of killed "large scale" of any legal sort... You can only have one person your a care taker for... Small plant number per patient... It's ridiculous. No dispensary system.. Nothing. Honestly, the dry amount we're allowed.. It's a joke.

Its been our states top cash crop on every friggen island since its introduction... Its crazy that they are fighting it. I'd expect this of the mainland, shame on you Hawaii.
:28:
NEW JOURNAL HOLY CARP AND MACKEREL.. L'KwaZulu
My Girls..
in flower..South African Kwazulu "L" Cut
in veg..2x LKwazulu (cuttings)
next to germ..Mazar i Sharif and ??? automatics
Old Journal's
Intermission Grow
THe Cheese Grow
THsea Grows Indoors!

4
Medical Marijuana Bill Goes To The House For Consideration