A bill that would allow for medical-grade cannabis in Utah is set to be unveiled in the state legislature.

The bill, simply titled, "Medical Cannabis Amendments," has not been released yet. Its sponsor, Sen. Mark Madsen, R-Saratoga Springs, declined to comment to FOX 13 about it on Friday saying he was still working on the language of it.

Despite his silence, Madsen's bill is generating a lot of talk on Utah's Capitol Hill.

"Anything with the word 'marijuana' in it will create some concerns," said Senate President Wayne Niederhauser, R-Sandy. "But it's hard... it's just too early to tell and make any comments until we see what the language of the bill is."

People familiar with the bill tell FOX 13 that it would allow for medical-grade cannabis products to be distributed in Utah, through dispensaries. Smoking marijuana would remain illegal.

On Friday, House and Senate Republican leaders were reluctant to talk about the bill. They confirmed that Madsen had presented the idea to their closed caucuses.

"Once it gets out and everyone has a chance to look at it, we'll be talking about it more," said Senate Majority Leader Ralph Okerlund, R-Monroe.

Some past advocates for cannabis-related products for medical needs were watching with interest.

"We're not quite sure what to think at this point, frankly," said Jennifer May, a co-founder of Hope for Children with Epilepsy, a group that pushed lawmakers last year to pass a bill that allowed for a type of cannabis oil to help epileptic children.

May said last year's bill has already shown some signs of success for the quality of life for children with serious medical issues.

"We're hoping that the results from the use here in Utah of both the pharmaceutical product and the artisan oils will show that cannabis does have medicinal benefit," she said.

May said lawmakers should have a healthy discussion about medical cannabis – rejecting the term "medical marijuana." She said while they discuss cannabis use for medical purposes, they should also talk drug prevention and substance abuse.

"We need to move the discussion from 'this is a drug we don't talk about or ever use' over to a product or substance that can be used for many different purposes and it needs to be used for the proper purpose, just like we do with pharmaceuticals," she said.

Governor Gary Herbert's Office said he is opposed to the concept of medical marijuana. The "Medical Cannabis Amendments" bill is expected to be unveiled next week. 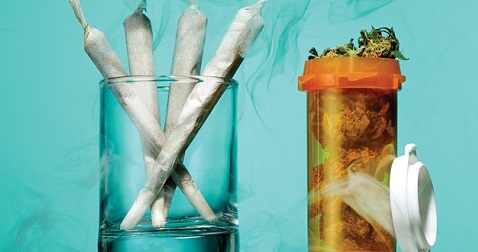