The state Senate Health Committee is set to take up a medical marijuana bill at high noon on Tuesday. The vote will the first needed step toward bringing the measure, which is sponsored by Sen. Diane Savino, to the floor of the Senate for a vote. If it passes the committee, it would then go to the Senate Finance Committee. From there, it could face a full Senate vote. "The first step in the process is to make sure it gets through the committee process," said Senate Independent Democratic Conference spokesman Jason Elan.

The legislation that would authorize the use of medical pot to treat specific "serious, debilitating, life-threatening" chronic llnesses. Savino recently amendmed the bill to allow its use for rheumatoid arthritis. But at the uring of the state's ophthalmologists, it would not cover glaucoma. Savino has said she has at least 39 votes for the measure in the chamber. In a video earlier this week, Savino said: "This shouldn't be about politics. This should be about science. We shouldn't handcuff our doctors from making the best decision on how to treat their patients. We may have the facts on our side -- but we still need your support."

She noted that 21 states have already adopted medical pot laws. Passage of the measure would be a big help for Savino and four other breakaway Democrats who control the Senate with the Republicans. The five dissident Dems have been under fire from the liberal wing of the Democratic party to pass progressive legislation. Some Republicans are sotening on the issue. Rochester Republican Sen. Joseph Robach last week came out for the Savino bill. Gov. Cuomo, who has pushed a much more limited plan that doesn't need legislative approval, has not said whether he would sign a medical marijuana bill if it passes both houses of the Legislature. 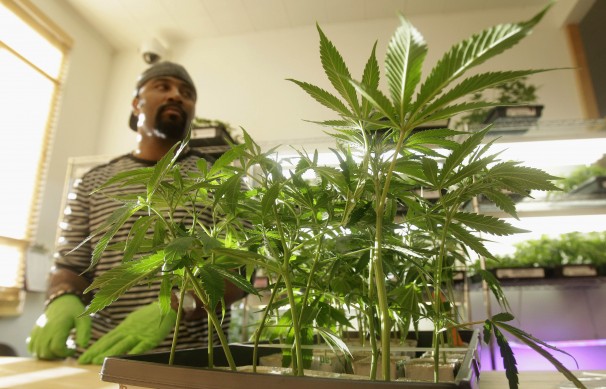 May 21, 2014
The General
T
T
Medical Marijuana Bill Up For NYS Senate Committee Vote At High Noon On Tuesday

May 28, 2014
The General
T
T
Medical Marijuana Has More Than Enough Votes In Senate