The number of patients on Alaska's medical-marijuana registry has exploded in the past five months, and Michael J. Smith is happy to claim responsibility.

Smith, the owner and operator of The Healing Center Medical Clinic, specializes in getting patients the documentation they need for a state-sanctioned medical marijuana card. Since his part-time clinic opened in Anchorage in January, he said business has been lively.

The clinic is coming to Fairbanks for the first time today, offering a three-day window for Interior patients at Pike's Waterfront Lodge to get clearance for medical pot. It's purpose is no secret – its ads urge patients "Get Legal Today!" to use medical marijuana for a variety of ailments, including chronic pain, arthritis, nausea, migraines, cancer and other conditions.

Since Smith launched his part-time clinic in Anchorage in January, the size of Alaska's medical marijuana registry has surged – from 385 patients in December 2011 to 883 as of Wednesday.

"There's never been so many people on medical marijuana as there are now," Smith said. "That's a good thing, as far as I'm concerned."

Alaska voters legalized medical marijuana in 1998, allowing its use for cancer, glaucoma, HIV, AIDS and a list of symptoms that includes muscle spasms, nausea and severe pain.

But finding a doctor who will help patients qualify for a spot on the state registry hasn't been easy for many, and Smith said his operation is designed to fill a void. In the past, doctors in the state haven't publicized their willingness to recommend the drug, making it difficult for patients to get access to a state-approved medical marijuana card.

Smith, who lives in Seattle, began working last year to find an Alaska-licensed doctor to fill that role.

The Healing Center Medical Clinic opened in Anchorage in January, with McGroarty traveling to the state about once a month to take appointments. Patients at the Fairbanks clinic will be charged $350 for an office visit if they have medical records, $400 if they don't, and insurance isn't accepted.

Smith said the clinic isn't simply an assembly line for getting a medical marijuana card. He said patients are prescreened to make sure they have conditions that may qualify, then typically spend about 15 minutes with a doctor before any recommendations for medical pot are made.

"This isn't come on in, get a card and run out the door," Smith said.

The clinic doesn't supply patients with marijuana, and getting access to the drug remains a gray area even for approved patients. The Alaska medical marijuana law allows home possession of an ounce of marijuana and six plants, but doesn't include an approved method for buying pot or seeds. Medical use hasn't been sanctioned by the federal government, which still considers pot an illegal substance.

As long as marijuana isn't being dispensed, Alaska State Troopers spokeswoman Beth Ipsen said oversight of the clinic is a licensing issue through the Department of Health and Social Services. State officials say the clinic has valid business and medical licenses.

However, Ipsen wrote in an email, it's important for patients to be aware of the limits of the issue. "We urge people to do their own research on state laws regarding medical uses for marijuana," she wrote.

Although Smith operates the clinic to make money, he said he's seen the benefits of medical marijuana first-hand. He uses marijuana to ease nerve damage related to his previous career in construction, he said, and his late brother used it while suffering from AIDS. His mother uses marijuana as she recovers from knee-replacement surgery.

He said there are many patients who have similar stories, and that they deserve a chance to use the drug as well.

"I have a personal connection," Smith said. "I have to say this is the most personally rewarding business I've been in." 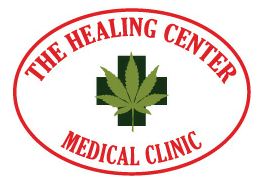 Medical Marijuana: Why It's Not a Big Issue for Alaska