A heart attack and other health issues forced the founder of the Halifax Cannabis Buyers' Club to shut down the operation this spring.

Harrietsfield's John Cook, 47, couldn't continue operations this year and officially closed the club in May, forcing its 150 members to find another source for medical marijuana.

"He saved my life," one of those club members, Halifax's Bobbylee Dillman, said of Cook in a recent interview. "I was at the point of suicide because of all the pharmaceuticals the doctors were pushing down my throat."

The buyers club had about 150 members at its peak. Cook didn't allow members to join unless they provided medical information, which he then screened.

Dillman said he sought out Cook, who contacted his doctors to ensure everything was legitimate. Cook then talked to him about the different strains of marijuana he might want. An arthritic, who later developed severe abdominal pain, Dillman was advised to take marijuana that was high in indica, which he said affects the body more than the brain.

Dillman has a Health Canada card that allows him to legally use marijuana, but often has trouble getting decent marijuana or knowledgeable doctors to help him. He said Cook is very smart about laws regarding medical marijuana use and helped him out greatly.

Dillman believes medical marijuana laws should be relaxed and he said it's much easier for someone in his condition to get prescriptions for much more addictive and costly drugs.

The club's closure has created a void for him. He now has to pay more and often can't get the strains he prefers. "I'm doing whatever I can to get whatever I can," he said.

Debbie Stultz-Giffin, chairwoman of Maritimers Unite for Medical Marijuana Society, worked alongside Cook for years as a marijuana advocate.

She has multiple sclerosis and dislikes the side-effects of pharmaceuticals.

She said Cook often helped people battle the legal system and said he played an integral part in helping Halifax's Sally Campbell, who won a Nova Scotia Supreme Court ruling to have Community Services pay for her medical marijuana.

"John fought so hard for other people to get access to medical cannabis because he saw first-hand how it helped him," Stultz-Giffin said.

The Bridgetown woman said former club members have had to turn to the black market, their friends and other compassion clubs to get marijuana, when they can get it.

Things started going bad for Cook on Aug. 15, 2011, when his wife Krista Cook found him unconscious and face-down in their backyard after a heart attack. He later started to recover when he had setbacks from heart problems and pneumonia.

"It's been a terrible year," she said. Her husband found that he preferred marijuana to cope with chronic pain caused by a pair of workplace injuries to his back. He's now having difficulty affording marijuana and has to rely more on harder narcotics, which he never liked taking, she said.

She said her husband is at home and is walking around now. His main goal was always to open a storefront location for the club, which would make getting marijuana easier for the clients. He'd still like to see that happen, she said. 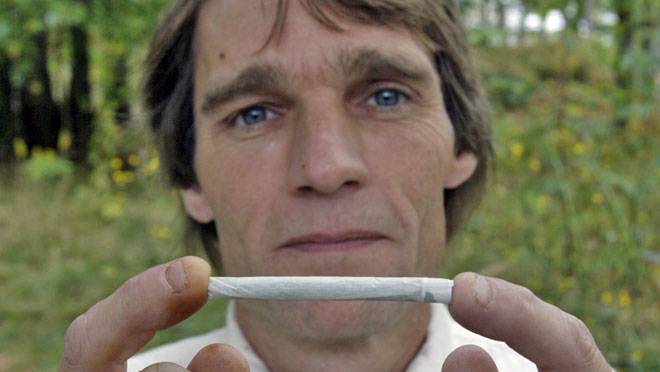