Marijuana could soon be growing in your backyard if one central illinois city has its way. The city of Delavan in Tazewell County could soon be the new location for a medical marijuana cultivation center. More than half the states in the nation have some form of law permitting medical marijuana. Now, Illinois is finally hopping on board. One city here in central illinois wants to help supply the medicine for more 375-thousand people who need it.

City Administrator Joe Woith says economic growth in Delavan has been low for several years. He thinks medical marijuana may be the spark the city needs. "The benefit would be the 25 jobs and also it would be a project in the tif district which would bring in approximately a millions dollars to the school over a twenty year period", says Woith. He says it would also generate anywhere from $2.5-3 millions dollars for city infrastructure. A medical marijuana cultivation center in Delevan is still very much in the works. But some locals there say they're on board, if it helps their community. Illinois state police will be in charge of applying state laws and keeping up with how much medical marijuana is grown and transported from the cultivation center. 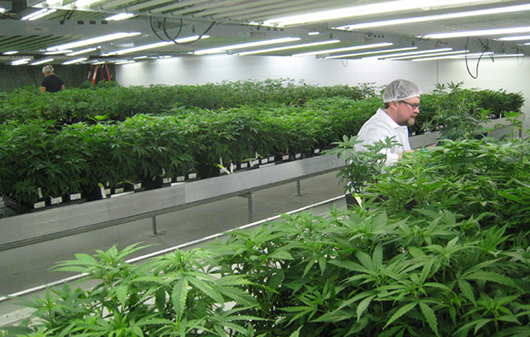 Aug 13, 2015
Jacob Redmond
J
R
Medical Marijuana Cultivation Center Has Made Itself Part Of The Community In Delavan