The tiny city of Delavan is the site of a revolution.

The $20 million facility opened in July on what used to be farmland bounded by Illinois Route 121 on the north and Springfield Road on the west. Its products were on dispensaries' shelves Nov. 9, the first day sales were allowed.

Delavan Mayor Liz Skinner said the cultivation center is a welcome addition to the community of 1,163.

"The outcry has been close to nil, and I've heard more from residents on this issue (building the facility) than any other during my eight years as mayor," she said. "I've had one negative phone call and two negative emails. Everyone I've spoken with on the streets or in church has been positive."

Revolution Enterprises CEO Tim McGraw said 49 people from Delavan and the surrounding area have been hired to work at the facility, and more will be hired if the state expands access to medical marijuana products to more health conditions involving pain.

"Right now, only fibromyalgia is on the list," he said.

About 5,000 patients across Illinois have been approved for medical marijuana treatment. Patients purchased more than $1.2 million in products in January.

A bill introduced Feb. 11 in the state House would add post-traumatic stress disorder as a qualifying condition for medical marijuana. Illinois has about 850,000 veterans, and 10 percent to 31 percent (depending upon age group) have PTSD, according to the U.S. Department of Military Affairs.

Back to Delavan. Skinner said Revolution Cannabis-Delavan has been a good community partner.

Even though it has been in operation for less than a year, Revolution Cannabis-Delavan is the city's second-largest employer behind Delavan Community Unit School District 703.

"Hiring nearly 50 people from our area has been great, and (Revolution Enterprises) purchases locally whenever they can," Skinner said.

Skinner said one of the first calls she received after news of the tornado spread was from McGraw, asking what his company could do to help.

Revolution Enterprises picked up the tab so tornado victims could stay in a Pekin motel.

"The tornado touched down about a quarter-mile from our facility in Delavan," McGraw said. "I called the mayor as soon as I heard about it. It was 5 o'clock in the morning, but I figured she was awake."

"We haven't said no to anyone asking for our help," he said.

Delavan City Council approved the creation of a tax increment financing district at the site of the cultivation center. Revolution Enterprises contributed $35,000 in seed money. Skinner said TIF revenue will be used for economic development in the city and will go to Delavan schools.

Skinner is convinced residents' good feelings about their city was a big reason why a $7.1 million building bonds referendum to tear down Delavan High School and build a new one passed in April 2015, by a resounding 77 percent to 23 percent margin.

The demolition and construction projects are major undertakings for a small school district.

Revolution Enterprises received two licenses from the state to build cultivation centers. The other one is in Barry, in Pike County in the western portion of the state. It's called Revolution Cannabis-Barry.

One cultivation center is allowed in each State Police district, a total of 22. Revolution Cannabis-Delavan is for Metamora-based State Police District 8.

With a combined 151,050 square feet, Revolution Enterprises is the largest producer of medical marijuana in the state.

"Medical marijuana is a safe, natural option to opiates and other dangerous, addictive pharmaceuticals," McGraw said. "Illinois residents deserve the right to medical marijuana, and we work hard to make sure our products are pure and high quality."

Independent laboratories do chemical analysis testing to make sure Revolution Enterprises' medicines are free of pesticides and other impurities and confirm the cannabinoid profile so labels have precise active ingredient lists. 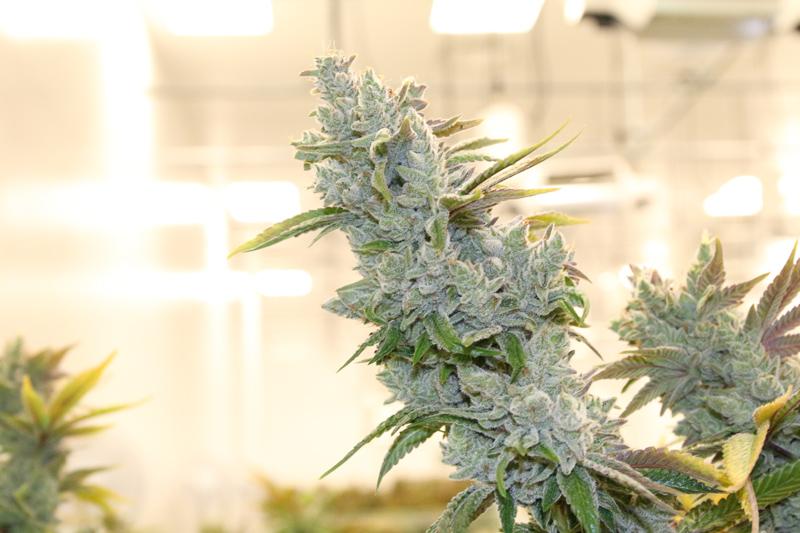