Medical marijuana dispensaries could soon be licensed and regulated in Oregon.

The Senate passed a bill Wednesday on an 18-12 vote that would require the Oregon Health Authority to set up a registration system of medical marijuana dispensaries, authorizing the transfer of the drug and immature marijuana plants to patients.

House Bill 3460 heads back to the House for concurrence on changes made to the bill despite opposition from some Senate Republicans.

Under the bill, the facilities also would have to comply with regulations for pesticides, mold and mildew testing, which supporters say will help ensure the drug isn't contaminated. The bill, if signed by the governor, becomes operative March 1.

The state allows patients with certain debilitating medical conditions to grow their own marijuana or designate someone else to do it, but there isn't a place to legally purchase the medicine.

Supporters of the bill say some patients or their caregivers are forced to turn to the black market because they have no way to acquire medical marijuana legally, an argument that swayed some Senate Republicans to vote for the legislation.

"This is a great way to impose a standard to keep that from occurring," Prozanski said.

There was no debate on the Senate floor.

The House passed the bill on a 31-27 vote on June 24. Opponents argued that more comprehensive legislation was needed to address the abuses in the state's medical marijuana program. They raised concern that passing the bill could heighten abuse in the program and conflicts with federal law.

The bill was changed in the Senate Rules Committee to prohibit a person convicted of manufacturing or delivering a controlled substance in Oregon or out of the state from registering a medical marijuana facility after Oregon prosecutors voiced concerned.

A spokeswoman for Gov. John Kitzhaber said the governor's office will be reviewing the bill once it's received.

Each medical marijuana facility would pay a registration fee of $4,000, according to the bill's fiscal note. If an estimated 225 facilities register, the state would receive about $900,000 in the next two years. Revenue from the fees would help offset the cost of creating and running a new registration system. 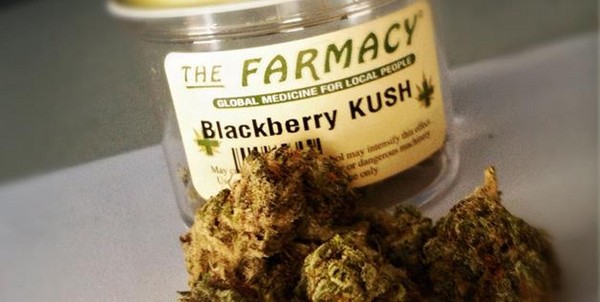