A few days ago, Ryan Vincent, the owner of the Health Center, a Denver medical-marijuana dispensary, sent a pair of his employees to get their required state licenses.

At the Colorado Department of Revenue's Medical Marijuana Enforcement Division office in Commerce City, the employees got in line and waited. And waited. Six hours later, they finally left – without their licenses.

"It was too much (for the state) to handle," Vincent said of demand for the licenses.

Colorado's medical-marijuana industry is facing its latest deadline crunch, the most significant rollout to date of the state's comprehensive rules for the businesses. And the rush to comply with the rules has been so hectic that even the state has admitted it can't get everything done in time.

By Friday, medical-marijuana dispensaries and other cannabis businesses must officially be in compliance with 77 pages of rules that govern everything from security cameras and sales-tracking systems to trash disposal. Everyone working at a medical-marijuana business is required to have some kind of license, with varying levels of background checks needed to get those licenses.

"Our staff is running on all cylinders here trying to assist the industry as it aims to comply with the rules," said Revenue Department spokesman Mark Couch.

But all the department's cylinders weren't enough to keep up with the number of dispensary employees seeking licenses in the past several days. The lines outside the office in Commerce City stretched hundreds of people long, and state workers could process only a few dozen applications a day.

Last week, the Revenue Department asked marijuana businesses to hold off on sending employees to get their licenses until at least July 5. Dispensary employees outside the metro area were told to wait until planned regional medical-marijuana-enforcement offices opened in their area.

The employee-licensing rush is only one issue dispensary owners have had to worry about leading up to the deadline. Ed Kieta, the owner of the Alternative Wellness Center in Denver, said new rules mean the security cameras and video-recording equipment he bought for his shop, at a cost of thousands of dollars, aren't enough. He will have to spend thousands more for extra cameras and an upgraded video recorder.

"So that's frustrating," he said.

Vincent started a side consulting business to help dispensaries come into compliance with the new rules and quickly signed up 30 clients.

But, overall, Vincent and Kieta say the new rules don't pose huge obstacles because dispensary owners had ample notice they were coming. State officials have vowed to be lenient with business owners working earnestly to comply with the rules after the deadline.

"The people who are staying in, they're really trying to stay in," Vincent said.

Medical-marijuana business owners have generally been complimentary of state regulatory officials. And Michael Elliott, the executive director of the Medical Marijuana Industry Group, said Friday's deadline represents a step forward in the legitimacy of the industry.

For Kieta, the work required to comply with the new rules is far less worrying than his questions about how medical-marijuana patients will react to the rules. Requirements that purchases be tracked and sales be videotaped might drive patients away from dispensaries and to underground sources, Kieta said.

"That's the biggest concern, is the patient community and them feeling harassed and worn out," Kieta said. "We may all get our licenses and be standing here with no patients coming in." 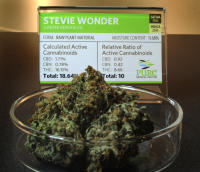