One of California's most-watched medical marijuana cases is headed back to the state Court of Appeal for what could eventually be a crucial ruling on whether cities and counties have the power to ban dispensaries -- as more than 200 cities and 15 counties have already done.

In a case that has bounced around the courts, a Superior Court judge in Orange County decided this week that Anaheim's 4-year-old ban on dispensaries does not violate state law. After presiding over a trial in May, Judge David Chaffee concluded that neither the ground-breaking medical marijuana initiative passed by voters in 1996 nor the state law that followed seven years later preempt local ordinances intended to regulate the distribution of the drug.

The decision was celebrated by anti-drug activists.

"I think both sides have been watching this case more so than any other," said Paul Chabot, president of the Coalition for a Drug-Free California. "We are excited about this. We think it's going to encourage the cities that are on the sidelines to join with the majority of California cities in banning dispensaries."

But Anthony Curiale, the attorney for Qualified Patients Assn., a dispensary that sued Anaheim in 2007, said he plans to file an appeal.

"Their ordinance is unconstitutional, it's invalid, it conflicts with state law," he said. "I believe Judge Chaffee is wrong in his interpretation of law."

The case has already been before the 4th District Court of Appeal in Santa Ana, but a three-judge panel sent it back to the lower court for a trial, disappointing both sides who had hoped the long-debated issue might be settled.

Curiale said he could not predict when the appellate court might rule again. "Oh, God knows," he said. "If I knew that I'd be at the racetrack."

Curiale and Moses W. Johnson IV, the assistant Anaheim city attorney handling the case, both speculated that it could take a year before the appeal court rules, but both also said they would ask the court to speed up consideration of the case. 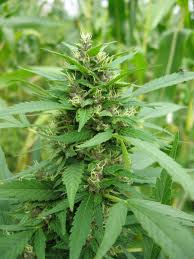