Medical Marijuana Dispensary Wins A Round In State Court

The nation's largest medical marijuana dispensary, which is battling to keep two Bay Area sites operating, has won a victory in state court.

Last summer, federal prosecutors filed civil forfeiture actions against Harborside Health Center's landlords in Oakland and San Jose -- a move aimed at pressuring the buildings' owners to evict. And the landlords moved to do just that.

But Harborside challenged the evictions in state court, noting that its leases explicitly stated how the premises would be used.

"To impose the harsher remedy of declaring a lease terminated and authorizing the sheriff to evict a tenant would be to improperly enforce federal criminal law," Grillo wrote. The judge also pointed out that the Oakland lease authorized Harborside "to use the premises for the exact purpose -- i.e. distributing medical marijuana -- that Plaintiff now deems 'unlawful' ... Thus, at least at first blush, Plaintiff arguably contractually waived ... any legal right she had" to ask the court to terminate the lease under state law for that reason."

Harborside Health Center is operated by Patients Mutual Assistance Collective Corp., which paid $3.5 million in taxes last year and counts more than 108,000 patients on its rolls.

It was targeted last year by Melinda Haag, the U.S. attorney for the Northern District of California, as part of a broad campaign against dispensaries launched by federal prosecutors across the state and country. Most of those targeted were within 1,000 feet of a school or park or not operating as nonprofits -- violations of California law. In those cases, prosecutors merely sent letters to landlords -- without filing forfeiture actions in federal court -- spurring them to evict.

Harborside was not in violation of state law. But federal prosecutors said they targeted it because it was a "superstore" and so most likely serves people without legitimate medical needs. Haag's office has declined further comment on the litigation.

As for Harborside's effort to get the San Jose eviction notice tossed, a Santa Clara County Superior Court judge last month issued a one-page denial without explanation. Attorney Henry G. Wykowski said Harborside had asked an appellate court to review that ruling. If the court declines, Harborside will press ahead with a defense in that case and seek a jury trial, Wykowski said.

Meanwhile, a federal court hearing is scheduled on the asset forfeiture Dec. 20.

The city of Oakland, however, has filed a civil lawsuit seeking to "restrain and declare unlawful" the forfeiture action, arguing that federal officials had been aware of Harborside's activities for years and had not filed the forfeiture action within the required time period.

Wykoswki called the federal forfeiture action "a foolish waste of judicial resources by the federal government," which has sowed confusion by failing to come out with "a well-defined set of guidelines as to when state-authorized medical cannabis dispensaries will be allowed to operate without interference and when they won't." 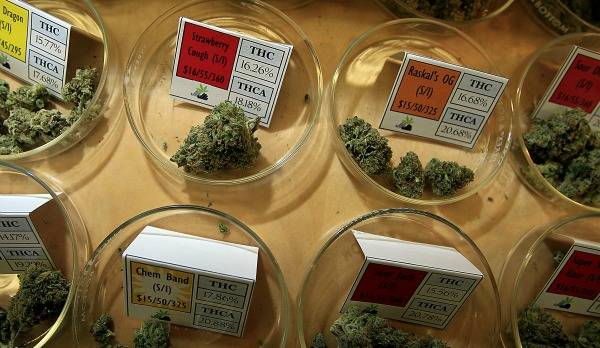