Eastern Iowa may soon have a medical marijuana growing facility set up just across the Mississippi River in Jo Daviess County, Ill. A company called Green Star Growing wants to open a 30,000 square-foot cultivation facility at the former Savanna Army Depot, according to documents obtained by KWWL's coverage partner the Telegraph Herald. The possible development has one Dubuque family feeling closer and yet still so far from the help they need for their daughter.

Verona and Tim Bedtka's 14-month-old baby girl Aby suffers from daily epileptic seizures, which have kept Aby at the developmental equivalent of a one-and-a-half-month-old. "It's not fair to watch your child have multiple, multiple jerks. Just constant," Verona Bedtka said, tears welling in her eyes. "You can't make her stop."

The Bedtkas -- who are also the parents of Ellah, who is almost four years old, and six-year-old Kailey, both of whom are doting big sisters to Aby -- have tried several anti-seizure medications with Aby, but none of those has made a significant impact. Eventually, the Bedtkas learned something called cannabidiol oil, which is a medical oil derived from marijuana, is calming the seizures of other children in Aby's position.

"If this oil would help my daughter have a better life, even if, you know, she's more alert and interacting with me, it'd be better than her just laying here," Verona Bedtka said. The oil they see helping those other kids is coming from Colorado, but Bedtka said it would be too difficult at this point to move, between her strong Dubuque support system, her oldest daughter in school and her husband's full-time job.

The family had a glimpse of hope, however, when the Iowa legislature passed a law allowing Iowans who properly register with the state to possess small amounts of cannabidiol oil. (For more on the law, click HERE: IDPH - Medical Cannabidiol Act Registration Card Program - Home page ) The law went into effect July 1, but Iowa Department of Public Health policy adviser Deborah Thompson said the registration system is not yet set up. The state aims to have that in effect by Jan. 30.

Once Iowans can register, however, the law still prohibits the purchase and sale of cannabidiol oil within the state, and transporting a controlled substance across state lines is a federal offense. "They have to be leery of controlled substance laws in other states and there certainly are some federal concerns about the legality of transporting the oil over state lines," Thompson said.

"That's why we want to fight and change the law," Tim Bedtka said, "because we want to do something in aspects that are within the realms of the law." Bedtka said he and his wife are morally opposed to the smoking of marijuana. They're simply seeking a legal avenue to get help for their daughter's condition, which is something they said the cannabidiol oil may be able to offer. That's why the family has mixed emotions. Even if Jo Daviess County, Ill. gets a marijuana growing facility, cannabidiol oil - and a solution to Aby's seizures - may still be out of reach for now. 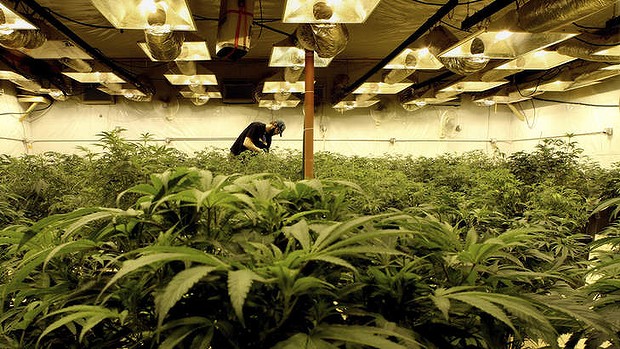