A medical marijuana advocacy group has won a summary judgement that will pave the way toward full implementation of the Arizona Medical Marijuana Act, which was passed by voters in November 2010 to allow the use of medical marijuana in the state.

Judge Richard Gamma issued a summary judgement in favor of Compassion First AZ in its case against the state of Arizona, along with state health officials.

He pointed out several flaws in the rules, which the judge struck down in Gaines' favor.

For example, the original rules written by the Arizona Department of Health Services required that anyone applying for a dispensary license could never have filed for personal or corporate bankruptcy.

The judge struck down that rule, along with others, including requiring dispensary applicants to be an Arizona resident for three years and requiring that they have filed personal income taxes in Arizona for the previous three years.

Now dispensary applicants also will be able to be delinquent on child support, taxes, parking tickets, students loans or other unpaid debts to the government.

Gaines said his goal was to make the dispensary licensing process open to more people who would have been prohibited under the old rules.

"This is a huge win for Arizona medical marijuana patients and for anybody in the state who wants to apply for a dispensary license," he said. "Their rights under Proposition 203 have been protected with Judge Gama's ruling."

In his blog, ADHS Director Will Humble said his team is analyzing the best way to responsibly begin accepting applications for medical marijuana dispensaries. 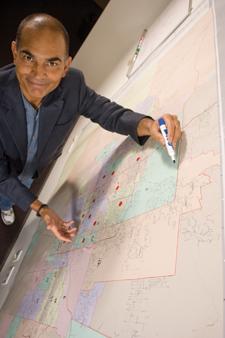 4
Medical Marijuana Dispensaries Could Be Operational By Summer