Medical Marijuana Has Cities In Quandary

Florida - The goal is to be proactive. Yet as local governments consider ordinances related to medical marijuana, experts said it's not entirely clear whether local laws will carry any weight if a constitutional amendment legalizing marijuana for medicinal purposes passes. "I think this is one of those circumstances where you really don't know what is going to happen until (the state Department of Health) starts making rules and the Legislature starts looking at it," said Ryan Padgett, assistant general counsel for the Florida League of Cities. "But I think that's why cities are trying to get ahead of the curve."

Florida voters will decide on Nov. 4 whether to pass Amendment 2, which would allow medical use of marijuana for people with debilitating diseases, as determined by a licensed Florida doctor. The amendment must past by a 60 percent majority. The amendment includes language instructing the Department of Health to set "reasonable regulations necessary for the implementation and enforcement" of the amendment. However it does not address what local governments can do when it comes to regulation.

"Most of the responsibility is left up to the state Department of Health and the Legislature," said Ben Pollara, campaign manager for Tampa-based United for Care, the organization backing the amendment. "I would hope in the process they give a pretty wide berth to local governments to put in place medical marijuana businesses in a way they feel fits." More than a dozen local governments have either adopted regulations or are considering regulations. In Naples, officials have discussed a ban on all medical marijuana businesses, while Bonita Springs' officials have discussed a ban on smoking medical marijuana in public.

If approved, the constitutional amendment would go into effect on Jan. 6. But don't expect dispensaries and treatment centers to start popping up shortly after the new year. The Department of Health would have until July 6 to come up with the procedures which must be followed, including regulations to establish a treatment center. The department would also have until July 6 to come up with procedures for patients and caregiver identification cards. The department would then have until Oct. 6, 2015, to begin issuing the identification cards and registering medical marijuana treatment centers.

A Department of Health spokesman said the department is focused on the "implementation of the Compassionate Medical Cannabis Act of 2014." Lawmakers this year passed the measure, which helps patients get access to a strain of marijuana that is high in cannabidiol and low in the euphoria-inducing tetrahydrocannabinol. The measure is not related to Amendment 2.

The spokesman would not speculate on what actions it would take if the amendment passes in November. Rep. Matt Hudson, R-Naples, said the state Legislature would also need to pass implementing language. It's in that process where state lawmakers could put in statutory language pre-empting local laws. Hudson said he was "not entirely sure" whether a local ordinance passed before passage of the amendment would hold up once all of the rule-making is completed.

Ken Bell, a former state Supreme Court justice, said the lack of local control is one of the reasons why the issue shouldn't be on the ballot. "Will local communities be able to propose regulations?" he said. "There's nothing in the provision that gives them the power to do so." Bell said had the measure went through the legislative process, lawmakers could have enacted laws and developed rules and regulations. By putting the issue on the ballot, Bell said the issue will go from "constitution to department and skips the Legislature." 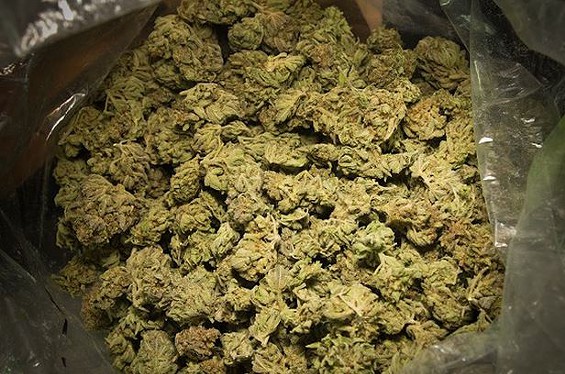