Medical Marijuana Industry Wants an Ordinance 'Everyone can Live With'

Sacramento, CA--A proposed urgency ordinance to regulate medical marijuana dispensaries within the county was voted down by the Sacramento County Board of Supervisors June 22, but the issue is far from dead in the water.

Representatives of dispensary owners are speaking out in support of regulation that recognizes medical cannabis as a legitimate industry that is here to stay.

Max Del Real, a lobbyist for the Sacramento Alliance of County Collectives (SACC), a medical cannabis trade association, spoke at the board meeting in June in opposition to the failed ordinance.

"The county had proposed an ordinance that would essentially close down all of the dispensaries in the county," Del Real said. "They had a very short-sighted view of the issue."

Del Real said that there are anywhere from 45 to 65 medical marijuana dispensaries currently operating in the county, but that number is just an estimate since the operations are not registered or permitted through county administration.

All dispensaries operating in the county are considered non-permitted businesses because the county does not currently offer a permit or license for this type of business.

"Code enforcement officials have said there are more than 50 (dispensaries in the county), based on the complaints they've responded to," Del Real said, "but our informal research has found many more than that."

Members of the SACC want to see the county to adopt an ordinance similar to the one the city of Sacramento adopted in 2010, Del Real said.

Del Real was part of a team of cannabis industry stakeholders who worked with city officials in 2008 and 2009 to develop the ordinance that is now in place with the city.

"It's the leading model (of regulation) in the state," Del Real said, "because it works."

The current city ordinance includes requirements for registration with city officials, enhanced security at the dispensary and limited hours of operation, among other requirements, all intended to maintain order and ensure public health and safety.

The failed county ordinance, Del Real said, included a ban on the sale of edible products, no outdoor cultivation in all of the county, and a restriction that dispensaries could not be located within 600 feet of any residential-zoned area.

"I think (the county) was getting bad advice," Del Real said. "They were getting incomplete advice, and their initial study fell short."

Early in 2011, county supervisors began to recognize a "proliferation" of dispensaries in the county, Del Real said, so they directed staff to study local medical marijuana issues and return with an ordinance proposal for the board to consider.

Del Real said the task force that staff relied upon to help develop the county ordinance did not include any industry input — a factor that Del Real said is crucial to the process.

"They're not the experts; we are," Del Real said. "Allow us, as business owners and business supporters to educate (them) on this subject, and we can come up with something everyone can live with."

Del Real said dispensary owners in Sacramento County are ready and willing to accept an ordinance that mimics the city ordinance.

"It's a golden opportunity for the county in terms of potential revenue, too," Del Real said. "Why would they walk away from that?"

The current city ordinance limits the number of dispensaries within city limits, and applicants for the required special use permits are charged a $40,000 application fee plus a $12,000 annual permit fee.

Additionally, in November 2010, voters passed Measure C, which successfully introduced a 4 percent sales tax on the gross receipts of all dispensaries in Sacramento.

The city has projected $1.5 million in revenue for the 2011-12 fiscal year from that tax measure.

Del Real estimates that, if the county would adopt a similar ordinance to the city one, it would mean roughly $4 million — or more — directed to the county coffers.

"In these economic times, we need good news," Del Real said. "The good news here is medical cannabis. The county needs to recognize that."

The Board of Supervisors is scheduled to meet July 27 to hear staff reports on new ordinance proposals for regulating medical marijuana dispensaries.

County representatives say a final decision will likely not be made at that meeting, and the process may actually take a few months to complete.

The meeting of the county board of supervisors will be at the County Administration building, 700 H St., at 9:30 a.m. 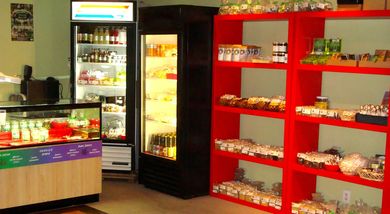 Medical Marijuana Industry Wants an Ordinance 'Everyone can Live With'