Jackson residents can again grow and use medical marijuana legally within the city — as long as they do so within their homes, and only 20 percent of their homes at that.

Jackson City Council members approved a new medical marijuana ordinance Tuesday, June 11, that allows for the growing and use of medical marijuana in only the primary residence of the qualifying patient or caregiver.

Under the ordinance, not more than 20 percent of the floor area in a home can be used for "medical marijuana home use."

Council members voted in favor of the ordinance after voting to repeal the city's temporary medical marijuana moratorium, which they extended for six months in December 2012.

Dispensaries are not permitted under the new regulation.

"I'm actually in favor of dispensaries," City Councilwoman Laura Dwyer Schlecte, 4th Ward, said before voting in favor of the ordinance. "But I'm not the State Supreme Court."

In February, the Michigan Supreme Court ruled that dispensaries in the state that handle patient-to-patient sales of medicinal pot could be shut down as public nuisances. Shortly after the ruling, Jackson County Prosecutor Jerry Jarzynka ordered all 18 dispensaries in the county.

Schlecte headed a work group charged with drafting the ordinance.

The repealing of the moratorium and the establishment of the new ordinance both passed by a 5-2 margin. City Councilmen Daniel Greer, 3rd Ward, and Andrew Frounfelker, 5th Ward, voted against both measures.

Roger Maufort is the president of the Jackson County Compassion Club, located within the city. The JCCC is a legal organization that provides patients a resource to understanding new marijuana laws and regulations.

Maufort said the city's ordinance is among other things "sloppy" and "unenforceable."

"There are a number of provisions within the ordinance that don't mesh with state law," he said. "I don't feel as though (council members and city attorneys) fully understand state law and subsequent cases."

Maufort took issue with a section of the ordinance that allows for tenants to grow and use medical marijuana as long as they have a notarized statement from their landlord approving the use.

"By asking your landlord to use medical marijuana, you're admitting you have a medical condition, which goes against a person's privacy rights," he said.

Maufort also takes issue with a provision that calls for "no highly explosive or combustible material" stored within the home of someone growing or using medical marijuana.

"What about gas for your lawnmower," he asked. "Why was that included at all? I don't get it. I'm pretty sure medical marijuana users also mow their lawns."

City Councilman Derek Dobies, 6th Ward, agrees with Maufort to a certain extent, and said the ordinance will be hard to enforce.

"That's why we created provisions like the '20 percent of a unit,'" he said. "We think it provides for a safe home, and directs people to not fill their house to the brim with marijuana plants."

The councilman worked with Schlecte on the city's medical marijuana work group.

Dobies said the new ordinance will likely have a grace period for residents to learn about the provisions in the law.

"Like the non-owner occupied registry, we'll be lenient initially," he said. 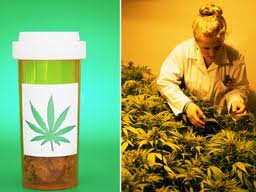 May 30, 2012
Truth Seeker
T
T
MMJ Patients Required To Use In Only 20% Of Their Homes After Jackson City Decision