On Monday, Chile's first farm dedicated to medical marijuana was approved. Claudio Orrego, governor of Metropolitan Santiago, made the announcement, according to EFE. The farm will grow marijuana to be used for medicine as well as research. It is expected to grow cannabis oil, which can be used to help those suffering from cancer. An initiative to open the farm was introduced before the Agricultural Livestock Service (SAG) on May 23. "It's something that's being done in other parts of the world," Oscar Concha, SAG metropolitan director, said Monday. "We greatly value the use of this farm for research."

The farm will be sponsored by La Florida, a Santiago municipality, as well as FundaciÃ³n Daya, which is "a nonprofit organization whose purpose is to research and promotion of alternative therapies to alleviate human suffering," according to a translation of its official website. "... We believe in the right to health of all people, and access to [complimentary] therapies and inexpensive as this should be part of that right; Today, for the benefit of all, we have moved the boundaries, and we hope to achieve in the near future a large national culture go to the aid of all Chileans who need to improve their quality of life ... ," the foundation said in a statement on Monday.

According to Concha, the foundation is committed to "fulfilling the established security requirements." In addition, the University of Valparaiso and the Arturo Lopez Perez Foundation, which is known for its work in oncology, will support the proposal. SAG "and other entities" will be responsible for keeping track of what the farm produces, according to EFE. Cannabis seeds will now be imported since the farm has been approved. "This is, without a doubt, an historic milestone," Ana Maria Gazmuri, FundaciÃ³n Daya president, said. "We're starting to build a road toward alleviating the suffering of many people. We're starting to build a friendlier society." Marijuana use is not illegal in Chile. The selling of and growing of marijuana, on the other hand, is against the law. 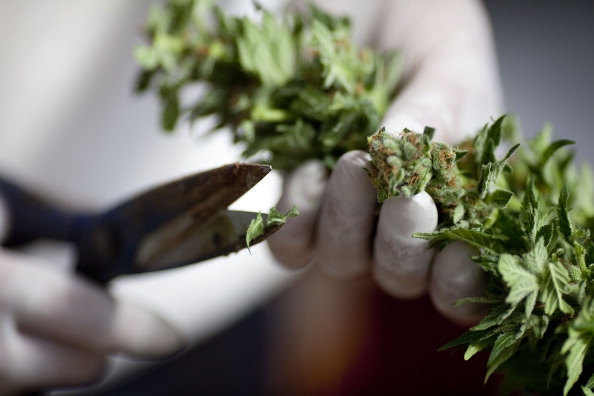