Connecticut on Friday became the 17th U.S. state to legalize the medical use of marijuana.

The state's Governor Dannel Malloy signed into law legislation allowing licensed physicians to certify an adult patient's use of marijuana for medical purposes, according to a statement from the governor's office.

The new law puts in place restrictions to prevent the kind of abuse that has plagued some of the 16 other states and the District of Columbia where pot is legal for medical use.

"For years, we've heard from so many patients with chronic diseases who undergo treatments like chemotherapy or radiation and are denied the palliative benefits that medical marijuana would provide," Governor Malloy said.

"With careful regulation and safeguards, this law will allow a doctor and a patient to decide what is in that patient's best interest," he said.

Under the bill, patients and their caregivers must register with the Department of Consumer Protection. In addition, a doctor must certify there is a medical need for marijuana to be dispensed, including such debilitating conditions as cancer, glaucoma, HIV, AIDS, Parkinson's disease, multiple sclerosis or epilepsy.

Finally, only a pharmacist with a special license can dispense medical marijuana, according to the new law. 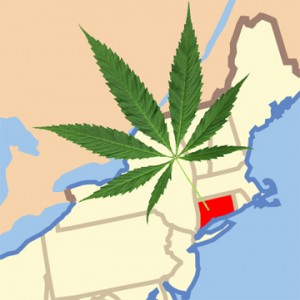