Christian Bax, executive director of the state Office of Medical Marijuana Use, blamed one of the delays on a lawsuit challenging the constitutionality of part of a new law that required health officials to issue 10 new marijuana licenses by Oct. 3.

"I'm not buying that just because there's litigation out there you can't fulfill your statutory duty to issue these additional licenses," Young, a lawyer, scolded Bax.

The new law, passed during a special session in June, was intended to carry out a constitutional amendment, approved by voters in November, that broadly legalized medical marijuana in Florida.

The lawsuit cited by Bax deals with a portion of the law that reopened the application process and ordered the Department of Health to grant five licenses by Oct. 3, after it approved five other new licenses in August. One of the licenses in the second batch must go to a grower who had been part of settled lawsuits, known as the "Pigford" cases, about discrimination against black farmers by the federal government.

But weeks after the deadline has passed, Bax has yet to hire a vendor to score what could be hundreds of applications for the highly coveted licenses in potentially one of the nation's most robust marijuana markets.

Bax has maintained that the lawsuit filed by Columbus Smith, a black farmer from Panama City, has temporarily put the application process on hold.

Smith's challenge alleges that the new law is so narrowly drawn that only a handful of black farmers could qualify for the license. The lawsuit contends that the measure is what is known as an unconstitutional "special law."

Smith is asking a Tallahassee judge to stop the Department of Health from moving forward with the application process, something Bax said has prevented him from obeying the Legislature's directive.

"The prospect of moving forward of accepting licenses with the injunctive hearing looming creates both a logistical and legal problem," Bax, a lawyer, told the committee Tuesday morning.

"I hear what you're saying, but doesn't it seem a bit complacent for you to simply throw your hands up and say, 'Oh, we cannot issue. We've been sued. Oh no.' You all get sued all the time," an exasperated Young said. "You have a duty under our state laws to issue these licenses, regardless of whether some plaintiff files a lawsuit."

Bax insisted he is hamstrung by the pending court decision regarding the temporary injunction.

"I don't think there is anyone in this room who would like to get these licenses out and growing more than I do. We want to move this process as quickly as possible forward," he said.

But, he added, "If this process gets struck down, we would have to start from the beginning."

Sen. Kathleen Passidomo, a Naples Republican who is also a lawyer, piled on, putting Department of Health General Counsel Nicole Gehry on the hot seat.

"What valid reason could you have for ignoring a statutory directive? Just saying that you're afraid of an injunction or litigation has been filed. ... I mean, almost every time we pass a law, somebody files a lawsuit, and we still continue to pursue it," Passidomo said, asking Gehry "what is the down side" of issuing the licenses.

"Once we get an idea of the scope of how the judge views the case, I think the department would be in a better position to evaluate how best to move forward," Gehry said. "It's difficult to articulate at the moment because we don't know what the judge is going to do with the temporary restraining order."

The new licenses aren't the only source of frustration for lawmakers.

Sen. Lauren Book, D-Plantation, is among numerous legislators whose constituents have sought help getting state-issued identification cards. Patients must have the cards to purchase marijuana, once their doctors have ordered treatment.

"I've had constituents' families call because they've died waiting to get their card and could not get their medication," Book said.

Bax said it currently takes his office 30 days to issue the ID cards, if applications are complete.

But Book disputed that.

"I went on a fact-finding mission ... and I tried the process as an experiment. It took three months to get a patient identification card. That is not unique. That is something that I have heard time and time and time again," she said.

Bax said he is finalizing negotiations with a vendor who will take over the ID-card system; the outsourcing was another requirement included in the new law. The deal should be finalized in a few days, Bax promised.

Book asked how the contractor would handle the backlog --- which Bax said is up to 6,000 patients at any given time --- of people waiting for ID cards.

"Flushing that backlog out ... is a priority for us," he assured the panel. "That will be the first thing that's addressed."

"I feel like I know less now and am more confused after your presentation," Sen. Bobby Powell, D-West Palm Beach, said.

But it's unclear what disgruntled lawmakers can do to force the health department to act.

"We're going to have to continue to look into that, but I will tell you that many of the committee members commented during the meeting that they've never seen anything like this. And I will tell you that I have never seen anything like this in the eight years that I've served in the Legislature. A complete disregard for a legislative mandate," Young told The News Service of Florida after the meeting.

Ailing patients, who have "already waited too long" for medical marijuana to be legalized, "deserve their government to act appropriately" to make sure they get the treatment they need, Young said. 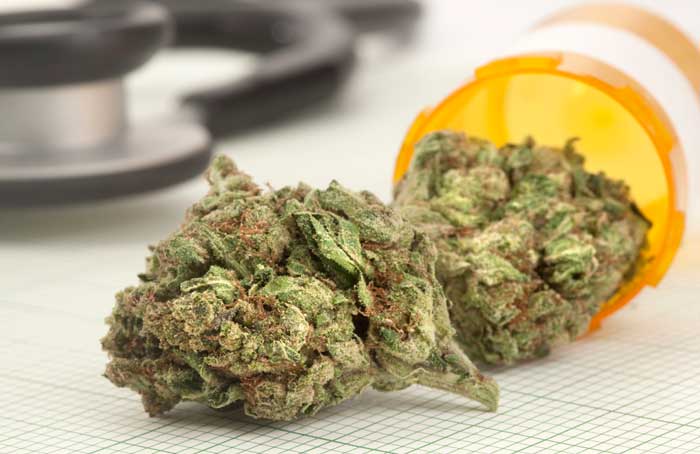