Medical Marijuana Need Not Be Accommodated By New Mexico Employers

New Mexico employers are not required to accommodate an employee's use of medical marijuana, according to the federal district court in New Mexico. In dismissing an employee's discrimination lawsuit, the Court recently ruled that an employee terminated for testing positive for marijuana did not have a cause of action against his employer for failure to accommodate his use of medical marijuana to treat his HIV/AIDS. Garcia v. Tractor Supply Co., No. 15-735, (D.N.M. Jan. 7, 2016).

When Rojerio Garcia interviewed for a management position at a New Mexico Tractor Supply store, he was up front about having HIV/AIDS. He also explained that he used medical marijuana under the state's Medical Cannabis Program as a treatment for his condition upon recommendation of his doctor.

Tractor Supply hired Garcia and sent him for a drug test; Garcia tested positive for cannabis metabolites. He was terminated from employment. Garcia filed a complaint with the New Mexico Human Rights Division alleging unlawful discrimination based on Tractor Supply's failure to accommodate his legal use of marijuana to treat his serious medical condition under New Mexico law.

Garcia argued that New Mexico's Compassionate Use Act (CUA), which permits the use of marijuana for medical purposes with a state-issued Patient Identification Card, should be considered in combination with the state Human Rights Act, which, among other things, prohibits employers from discriminating on the basis of a serious medical condition. He argued that the CUA makes medical marijuana an accommodation promoted by the public policy of New Mexico. Accordingly, Garcia asserted that employers must accommodate an employee's use of medical marijuana under the New Mexico Human Rights Act.

The Court disagreed. It stated that, unlike a few other states whose medical marijuana laws impose an affirmative obligation on employers to accommodate medical marijuana use, New Mexico's law did not. Consequently, Garcia did not have a claim under the CUA.

The Court then rejected Garcia's arguments that his termination violated the Human Rights Act. The Court found that Garcia was not terminated because of, or on the basis of, his serious medical condition. He was terminated for failing a drug test. The Court stated that his use of marijuana was "not a manifestation" of his HIV/AIDS, so Tractor Supply did not unlawfully discriminate against Garcia when it terminated him for his positive drug test.

Garcia argued that the public policy behind the state's legalization of medical marijuana meant that employers should be required to accommodate an employee's legal use of marijuana. The Court rejected the argument, noting that marijuana use remains illegal for any purpose under federal law. It stated that if it accepted Garcia's public policy position, Tractor Supply, which has stores in 49 states, would have to tailor its drug-free workplace policy for each state that permits marijuana use in some form.

The Court also relied on the fact that the CUA only provides limited state-law immunity from prosecution for individuals who comply with state medical marijuana law. However, Garcia was not seeking state-law immunity for his marijuana use. Instead, he sought to affirmatively require Tractor Supply to accommodate his marijuana use. The Court stated that to affirmatively require Tractor Supply to accommodate Garcia's drug use would require the company to permit conduct prohibited under federal law. Therefore, the Court ruled that New Mexico employers are not required to accommodate an employee's use of medical marijuana.

What This Means For Employers

The Tractor Supply decision is consistent with rulings from courts in other states that have similarly ruled that an employer may lawfully terminate an employee who tests positive for marijuana. Although Garcia may appeal this decision, it is difficult to imagine that an appellate court will overturn it as long as marijuana use remains illegal under federal law, and state law does not require a workplace accommodation.

In light of this decision, take time now to review your drug-free workplace and drug testing policies. Make certain that your policies apply to all controlled substances, whether illegal under state or federal law. Clearly state that a positive drug test may result in termination of employment, regardless of whether the employee uses medical marijuana during working hours or appears to be "under the influence" at work. Communicate your drug-free workplace and testing policies to employees and train your supervisors and managers on enforcing the policies in a consistent and uniform manner. 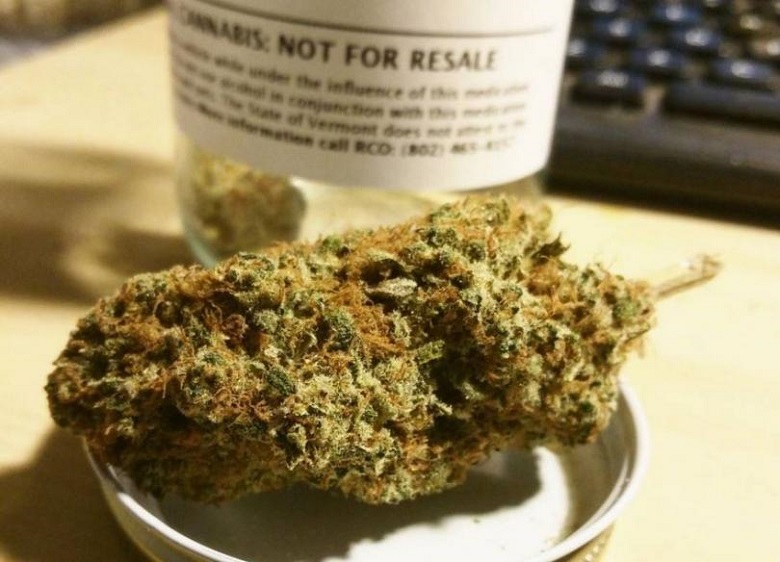 And this is the dirty little secret to letting the states decide rather than the Fed and effectively amounts to:

"this life-saving herbal medicine, the government won't ruin your life, but your employers still can, so are you still certain you want to live a healthy life?"

The fact of the matter is that a lot of people still believe the reefer Man this propaganda those perpetuated for the past 60 years with many of those people being in positions of authority in some form or another in until they are brought to heel by the federal government, all having a medical marijuana card guarantees, no, implies, is that The state government will not go after you. The more I see of these sorts of articles, the more I realize that it's really going to have to be an all or none thing. The federal government needs to say it's legal both recreationally and medicinally with the appropriate penalties for employers who think otherwise. Until then, we're playing Russian roulette.
I'm legally blind, so if I write something...odd I blame the Voice dictation program. Just let me know if it's so bad that I need to repeat it!

I'm a newbie and I apologize!
T

Sooo, will everyone stop shopping at Tractor Supply? If so, gotta let them know and why.

So if I test positive for opiates, prescribed by a Doctor, will I be fired too? If not why not and why can a business terminate anyone for following a Doctors prescribed treatment? Morality is certainly fluid for some people is it not.
Weed might be a commodity but cannabis isn't.
- Swami Chaitanya -

No rhyme nor reason to it.

We have the same thing going on in Oregon. It is legal both medical and recreational yet you can be fired for having traces of it in your system. Yet if you are addicted to pharmaceutical opiates, hey thats ok.

T
What Does The Massachusetts Medical Marijuana Act Mean For Employers

May 21, 2013
Slowpuffer
S
K
No Changes For Ohio Employers Under The State's New Medical Marijuana Law