Man up. Even you, ladies.

Show ’em what Jersey Tough is all about.

That’s effectively what was said Wednesday by those involved in caring for the welfare of New Jersey residents who suffer from chronic medical conditions not yet qualified to be covered under the state’s medical marijuana program.

It was as if their message was this: “All you courageous folks, the state has announced it is coming to your rescue!”

Never heard of that last one? Oh, it’s nothing serious, at least not serious enough to have been included in the original qualifying conditions when the program was launched years ago. Visceral pain occurs in the chest, pelvis and abdominal organs, and causes sickening, deep, squeezing and dull pain. It is accompanied by nausea, vomiting, changes in vital signs and emotional manifestations. No big deal, right? Need marijuana to help ease that pain? Hey, what’s 180 days more?

You see, Cathleen Bennett, the state health commissioner, has to approve the new qualifying conditions for them to go into effect. The commissioner has up to 180 days to accept or reject them. Bennett was appointed by Gov. Chris Christie, who has never been in medical marijuana’s corner and has a history of opposing legalized cannabis. But Bennett will leave that post on Nov. 9 to become president and CEO of the New Jersey Hospital Association. It will be left to her successor to decide.

So that’s what happened on Wednesday regarding this medical marijuana program. This overly restrictive program comes up short in so many areas, from limited chronic conditions to only a fraction of state physicians, whose recommendation a patient needs to qualify, enrolling in the program. I suspect had this program been a Broadway show, it might have closed shortly after opening night.

For some of the afflicted, 180 more days is a torturous, inexcusable eternity. I’ve sat with them, those in wheelchairs, in beds, in constant debilitating pain. Those fighting chronic conditions from A to Z: Alzheimer’s to zoster, aka shingles. Those up to their stiff necks in anger and frustration and, in some instances, resignation. Theirs is a life battered by a relentless storm where blue skies dare not go.

For some, prescription drugs cause as much bad as good, and so the Big Pharma bottles remain on a shelf. Marijuana’s pain-relieving properties take their place, work their magic, restore free movement, restore appetite, restore some semblance of normalcy. Some buy it on the street, preferring to avoid this medical version of a Broadway flop. Others, like what I'm labeling "the 180-Day Gang," have to hit the street because there's nowhere else to go.

Except to the medicine cabinet.

And that option is something that just makes them sick. 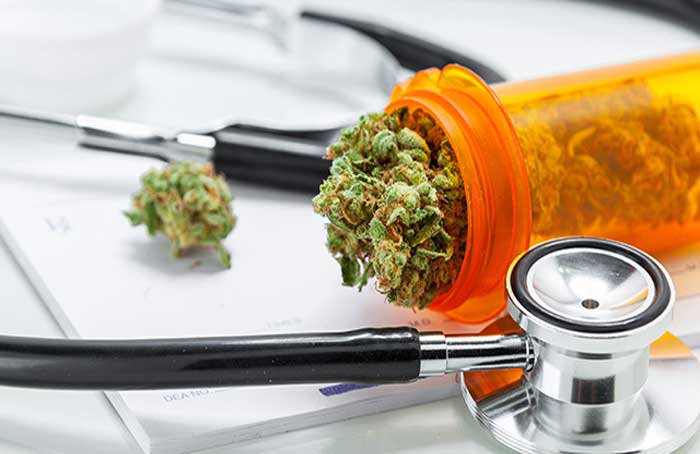