A research study examining the use of a marijuana extract to treat children's epileptic seizures is underway at several Pennsylvania hospitals. Physicians at Penn State Hershey Children's Hospital, St. Christopher's Hospital for Children in Philadelphia and Children's Hospital of Pittsburgh will analyze the efficacy and toxicity of cannabidiol, or CBD oil, in children. The program, spearheaded by the state Department of Health, emphasizes precise physician oversight, said Dr. Carrie Delone, physician general for Pennsylvania. "We want to know exactly what these children are getting," DeLone said. "We want to get adverse effects and optimal doses established so we can do the best job we can for these children." Participating children's livers, kidneys, bone marrow and central nervous systems will be scrutinized by physicians from the health department and the hospitals, DeLone said.

The department's study is the closest Gov. Tom Corbett has come to supporting the use of medical marijuana in Pennsylvania. Announced in May, the program relies on a steering committee of physicians taking input from a stakeholders committee that includes members of legal and health entities as well as families with children suffering from epilepsy. One local woman on the stakeholders committee said she thinks the program has been thoughtfully and carefully built, but its progress is being hampered by cumbersome laws that are hindering access to marijuana.

A bill to legalize medical marijuana in Pennsylvania cleared the Senate last month. With six days left on the legislature's calendar, the bill awaits action in the House. Passing the bill, known as the Compassionate Use of Medical Cannabis Act, would likely help move the research project forward by removing roadblocks at the state level, said Cara Salemme, a North Codorus Township mother of 8-year-old Jackson, who has epilepsy. Legislative action, however, is not needed to expedite the program, DeLone said. Even if the House doesn't pass the bill, the program should be treating children with pharmaceutical-issued cannabidiol within a year, she said.

The cannabis bill proposes a new state system to organize marijuana growers, product developers and dispensaries, all of which take a lot of time to set up, she said. The United States Food and Drug Administration wants physicians to study marijuana-derived products, DeLone said, and they will give health departments the opportunity to do so with new drug applications. "We can get these up and running fairly quickly," DeLone said of the applications. "We want to do something that is going to further science."

Some have criticized the pilot program for not being aggressive enough and only treating children with epilepsy, but Salemme said she is impressed with the study's physician involvement and comprehensive approach. "I'm really excited that the Department of Health has been so helpful," she said. "They've done a boatload of research and figured out what's working and what's not. I think the department has a real interest in getting this done for the kids." State health officials have been working to obtain cannabidiol legally, DeLone said, through sources such as Realm of Caring, a nonprofit group that studies marijuana in Colorado; laboratories in New Jersey; and several pharmaceutical companies.

The program's findings could be used in the future to expand the list of conditions that could be treated with marijuana-based substances for kids and adults, she said. Once medical professionals understand the pharmacology and dosing of marijuana, the information will help them make better decisions when it comes to using the product and broaden that usage, DeLone said.

Committees
In addition to being overseen by the health department, the pilot program run by a steering committee and a stakeholders committee. The stakeholders committee includes parents of children with epilepsy and members of the Epilepsy Foundation, Nursing Society, Pennsylvania Medical Society, Pennsylvania District Attorneys Association, state Department of Drug and Alcohol Programs and Pennsylvania Chapter of the American Academy of Pediatrics, said Dr. Carrie DeLone, state physician general. 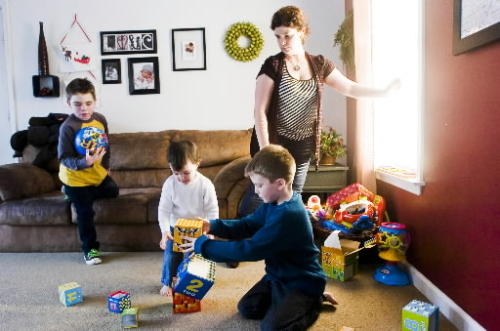