Medical marijuana is about to become a growth industry in Barry.

Revolution Cannabis-Barry, a $16-million marijuana cultivation center, will open next week in the Pike County town of 1,400 people.

"It's very exciting for us in Barry," Mayor Shawn Rennecker said. "The jobs and the tax revenue will help out tremendously. The company developing the facility and extended infrastructure will make other parcels of land attractive for development."

Revolution Enterprises, which owns Revolution Cannabis-Barry, will have a ribbon-cutting ceremony at 10:30 a.m. Saturday. The company was awarded the cultivation center license in February.

The ceremony will be followed by a job fair from 11:30 a.m. to 4 p.m. at the YMCA in Barry to find people to fill positions needed to open the cultivation center.

The company will initially hire 12 to 15 people to work at the facility, which could ultimately employ as many as 70, depending on market demands, said Bradley Vallerius, director of communications for Revolution Enterprises.

"This is a rare, historic opportunity for Illinois workers to learn a new trade on the ground floor of a totally new industry," said Tim McGraw, CEO of Revolution Enterprises. "Employees at Revolution Cannabis-Barry will become highly skilled at cultivating superior quality cannabis and producing pure, consistent medicines derived from it. Our employees will pioneer a completely new medical science."

Cultivation centers under Illinois law are the only entities that perform any function – besides testing – related to the production of cannabis medicine. Only a cultivation center may grow cannabis plants and use parts of the plant to make products such as oils, concentrates and extracts, according to the Illinois Department of Agriculture.

The Department of Agriculture sets regulations for cultivation centers and was authorized to award one license in each of the 22 districts of the Illinois State Police.

Qualified patients will be able to obtain marijuana from one of 60 dispensaries, which will acquire marijuana from the cultivation centers, according to the guidelines for a medical marijuana pilot program approved by the state. 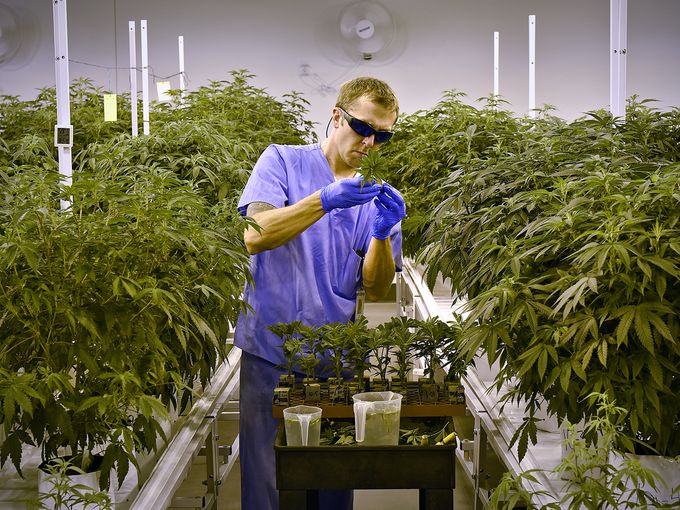 Nov 8, 2015
Jacob Redmond
J
R
Medical Marijuana Cultivation Center Has Made Itself Part Of The Community In Delavan