Medical marijuana providers are challenging Seattle's licensing rules in court. They say having to obtain business licenses forces them to incriminate themselves under federal law.

Under state law, medical marijuana is legal, and recreational use of marijuana just became legal under Initiative 502. Marijuana remains illegal under federal law.

University of Washington law professor Mary Fan said Hiatt seems to argue that these businesses should "have their cake and eat it too." They want to continue operating without the licensing requirements other businesses face. "Reading the briefing in this case, they sort of say that it's the city that's making them be in conflict with federal law," Fan said. "And of course that's not exactly the case. It's the growers' actions that are in conflict with federal law."

But she said there seem to be some facts in dispute, which could be grounds for letting the case go forward. Hiatt says applicants for city licenses are forced to disclose that they are operating a marijuana-related business. Attorneys for the city of Seattle respond that the licensing requirements are general for all businesses and do not require applicants to make those disclosures.

Hiatt is a longtime advocate for marijuana legalization. So it's a strange twist that his legal argument resembles the one federal officials may use if they challenge I-502. That's the argument that federal law trumps state law. 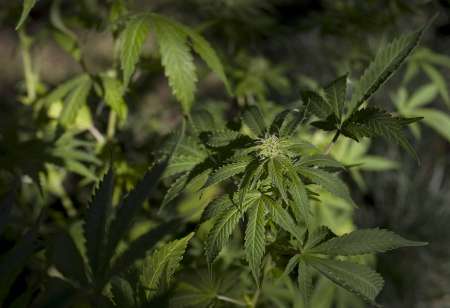