A researcher at the University of Arizona is a step closer to studying how medical marijuana affects veterans with post-traumatic stress disorder. Although there is a "mountain of anecdotal evidence" that marijuana helps with PTSD, there has been no controlled trial to test how marijuana suppresses the symptoms, including flashbacks, insomnia and anxiety, said Suzanne Sisley, the study's lead researcher. Sisley's study proposal has wound its way through the federal government for three years. In 2011, she received approval by the Food and Drug Administration. On Friday, the study cleared a major hurdle when the Public Health Service, part of the U.S. Department of Health & Human Services, gave its approval.

Now Sisley is waiting on approval from a third and final agency – the Drug Enforcement Administration – before she can start her research. It's unclear how long the DEA will take. The DEA has not immediately responded to USA TODAY Network for comment. Sisley's 10-week study will examine 50 veterans with moderate to severe symptoms of PTSD, using marijuana from the federal government's only marijuana farm at the University of Mississippi. The study participants will receive marijuana with five varying amounts of the active ingredient, THC – anywhere from the placebo of no THC to 12% THC. The study will also examine the differences between smoking the drug versus vaporizing it.

"It's hopefully a great starting point to begin to uncover some innovative ways of treating PTSD," Sisley told USA TODAY Network. The Department of Veterans Affairs estimates 11-20% of troops​ who served in Iraq or Afghanistan have PTSD. About 7.7 million Americans are estimated to have the disorder, according to the National Institutes of Health. Sisley's study could open the way to the development of a prescription drug based on the whole marijuana plant, said Brad Burge, spokesman for Multidisciplinary Association for Psychedelic Studies, which is funding the study.

"What that means is we have labels, lists of side effects, knowledge of different strains and how they have different effects," Burge said. The study, however, is only a first step. Currently, six states specifically list PTSD as a qualifying condition to receive medical marijuana: New Mexico, Delaware, Oregon, Connecticut, Maine and Nevada, said Michael Krawitz, executive director of Veterans for Medical Cannabis Access. With no federal medical marijuana law, Krawitz said, "State laws are the only way to protect veterans' access to cannabis." 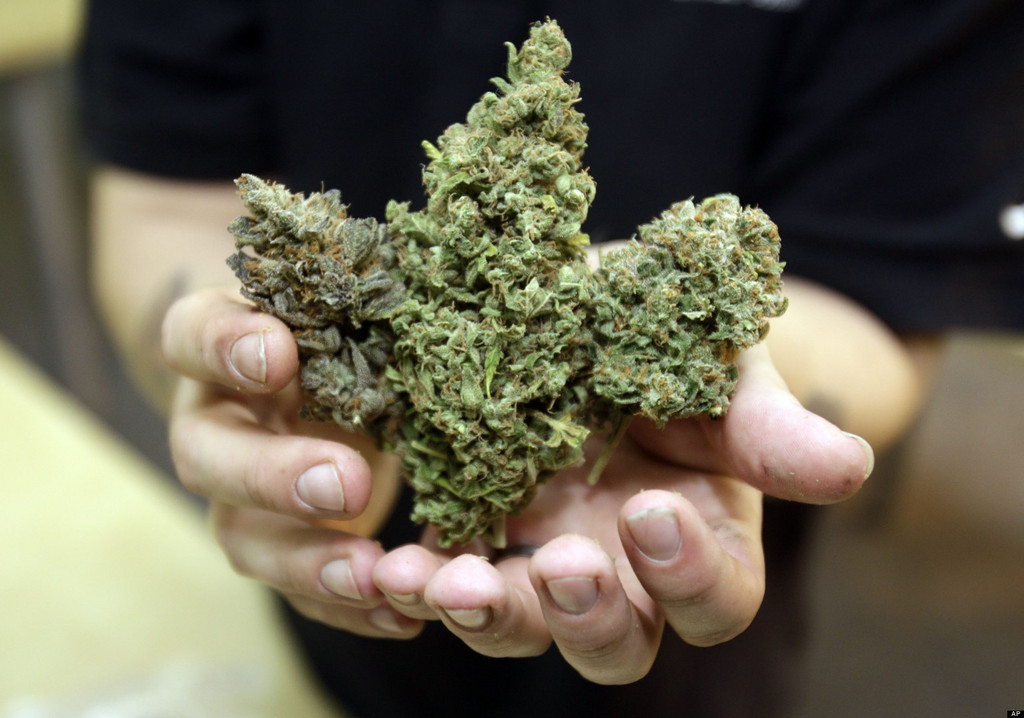 Aug 13, 2018
babynew
B
T
Cancellation Of Only Active Medical Marijuana Study A Blow To Researchers