In a recent report by the Medical Marijuana Business Daily stated that retail medical cannabis sales in the United States could hit an estimated $1.3 billion-$1.5 billion in 2013. That value pales in comparison to the big screen picture the industry predicts if medical marijuana reform continues to make its way through legislation.

While those in the medical marijuana industry may expect a $1.5 billion dollars in 2013, according to their detailed research outlined in the Marijuana Business Factbook 2013, projected proficts for 2014 near $3 billion, projected profits for 2016 near $4 billion, and by 2018, the medicinal marijuana industry can be an $18 billion dollar industry. The Marijuana Business Factbook is a comprehensive, 180-page industry report written by top researchers in the field of medicinal marijuana.

View slideshow: Medical Marijuana- Medicinal Cure and Financial Profit
"Although plenty of information has been published elsewhere about cannabis itself, as well as the legalization movement, until now there's been a near-complete dearth of financial, market and other business-related data," said Cassandra Farrington, publisher of MMJ Business Daily. "These are all facts that entrepreneurs, investors and expanding businesses need at their fingertips."

The feds have not yet clarified how the government will respond to the recreational marijuana laws in Colorado and Washington. Industry revenues will come in much lower if the Obama administration fights the new laws or looks to alter any of the laws that have helped the industry come this far.

These projections are shaky at best, due to the vast amount of variables that could effect the outcomes of the study, but if cannabis activists continue to push for more lenient laws surrounding medicinal marijuana, and if lobbyists open their eyes to see the profitability of this versatile medicine, marijuana can become one of the biggest cash crops the United States has seen, well, since they made it illegal. 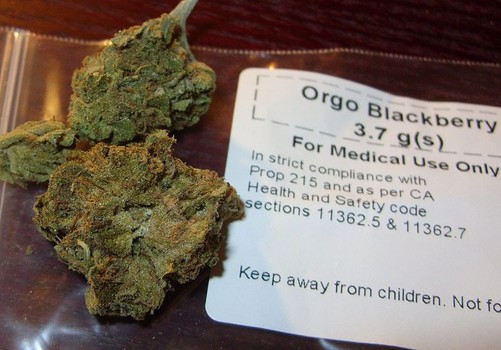 The Illegal Herb That Fights Cancer