With the City of San Jose planning to implement new regulations that could shut down many of its dispensaries at the end of the week, the fight over medical marijuana in the South Bay is intensifying. On Monday, supporters began offering complimentary medical marijuana to bolster their campaign against the city. They set up a tent across from City Hall to symbolize an "Occupy"-type protest against San Jose's new regulations. They point out they're not against regulations, only what they call the 'unreasonable' ones, but it is the free weed that is getting everyone's attention.

Dave Hodges, owner of the All American Cannabis Club, 1082 Stockton Ave., said his shop is closing its doors Friday because he can't meet San Jose's tighter new regulations by this week's deadline. But Hodges and the Silicon Valley Cannabis Coalition are fighting back with a voter referendum to limit the city's power. The coalition set up stations in about a dozen locations citywide offering vouchers to registered San Jose voters for a free gram of pot and medical evaluations to become patients. The coalition avoided accusations of drug dealing by making signing the referendum "optional," meaning anyone with a medical marijuana card could get the voucher, even if they didn't sign the petition. One San Jose resident who signed who said he suffers from nerve damage said he resents the city making users look and feel like criminals.

"I was always getting the marijuana from a friend of mine, and I don't want to do that because that's illegal obviously," Kenneth Codova said. The coalition is targeting restrictions it considers unreasonable, such as forcing clubs to produce its own specialized products and so-called "edibles." "It's definitely desperation," Hodges said. "We have a very short period of time to make something that's virtually impossible to happen. So we are trying everything we can." Dispensary owners say the regulations are unrealistic.

Among the requirements:
Dispensaries must grow pot on site, in select industrial areas.
They have to have around-the clock security, although they can only be open during select hours during the day.
No one under 18 is allowed in.
No one can use pot in the store.
The regulations are scheduled to go into effect on July 18.

The coalition still needs about 30,000 signatures for two referendums that would target certain city restrictions but would not do away with regulations altogether. Unless another agency steps in, the city shutdown will proceed on Friday. Councilman and mayoral candidate Sam Liccardo wasn't impressed with Monday's free pot tactics. "When you have to give away free drugs in order to get support for an idea, that says something about the quality of your ideas," Liccardo said. While he scoffed at the free pot vouchers, Liccardo acknowledged the city still isn't sure how to deal with specialized pot products. "It's one of the reasons why we shouldn't have cities regulating drugs," he said. "We should have the FDA regulating drugs." 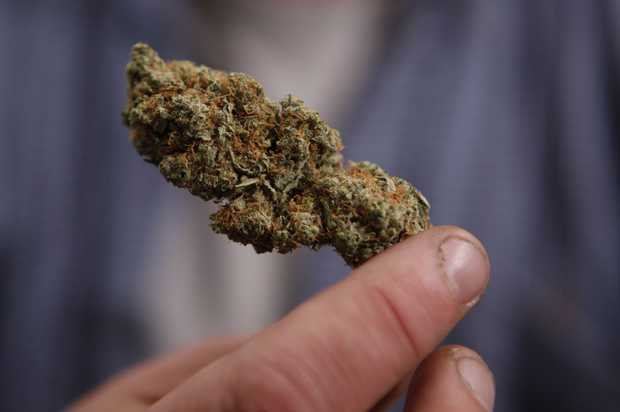