The clock ran out on Maryland legislators last night. A bill to give medical marijuana caregivers an affirmative defense against charges of possession was collateral damage as legislators spent the evening trying and failing to reach a budget compromise.

It wasn't a total loss though – two good bills did pass. Here's MPP's summary of marijuana policy reform developments in the 2012 session of Maryland's General Assembly.

The two bills that passed are SB 422 and SB 350. The former requires charging certain minor offenses, including marijuana possession, by citation, meaning marijuana users can be arrested (though it's not required) but won't be spending the night or the weekend in jail.

The latter reduces the maximum penalty for possession of less than 10 grams of marijuana from one year in jail to 90 days and the maximum fine from $1,000 to $500. Here again is the full summary.

It is unfortunate that Gov. O'Malley essentially put a stop to the original medical marijuana bill we were working toward this year, which would have protected patients and caregivers from arrest and established a system to ensure safe access.

Still, this is certainly a step in the right direction, and it is only a matter of time before we pass a truly effective medical marijuana bill in Maryland. 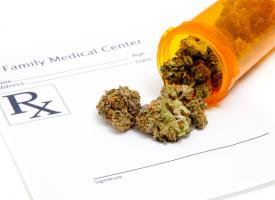 Best wishes to the Patients in Maryland.

God speed to ya maryland