Ahwatukee, AZ -- On June 30 a variance was approved that would allow a medicinal marijuana dispensary to operate within Ahwatukee Foothills. The location, 4647 E. Chandler Blvd., is at the corner of Chandler Boulevard and 46th Street and less than 1,000 feet from the location previously denied a variance by the city.

Although they will not be able to sell medical marijuana until a ruling on the federal lawsuit filed under Gov. Jan Brewer against the U.S. Government, it could become the one and only medicinal marijuana dispensary allowed to operate within Ahwatukee Foothills.

A variance was needed because the location is within 1,320 feet of a school, a requirement for a medicinal marijuana clinic. The Summit School of Ahwatukee falls within that boundary and other schools, including St. John Bosco Catholic School, are also in the area.

Dr. Mary Jo Kutler operates her business, Ahwatukee Pediatrics, in a nearby business complex and she has been following the case closely.

"The question is why does there have to be one in Ahwatukee," she said. "There are only 55 cardholders here and there are other dispensary locations close by."

There is still a chance for an appeal to be filed to reverse the decision. 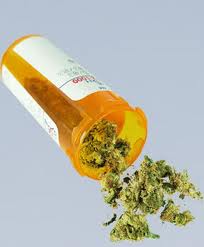