Meet The Mogul Bringing Great Weed Back To Jamaica

Born and raised in Jamaica, Balram "Bali" Vaswani remembers the golden age of native ganja, famous for the Lamb's Bread strain beloved by Bob Marley. "That's really when Jamaica was kicking," Vaswani says. "We had great strains in the Seventies." Since then, Jamaican weed has fallen into decline: diluted by outside product — both from the States and other countries in the Caribbean — and victimized by the War on Drugs (read: burned by U.S. agents). But in an effort to boost its flagging economy, the Jamaican government decriminalized weed last year, allowing two universities to cultivate pot for medicinal use.

One of the schools teamed up with Vaswani's company, Ganja Labs, to produce the first legal harvest of unadulterated Jamaican weed. Vaswani, 40, is no ordinary stoner merchant; he's worked in banking, managed Jamaica's pioneering TV network Reggae Entertainment and established the Marley estate's coffee brand in the U.S. Now, inside a 5,000-square-foot greenhouse, he's growing eight-foot-tall trees with the help of organic soil and all-day lighting. This past summer, Vaswani shared some of his first crop of medical-grade with longtime friend Rohan Marley, one of Bob's sons. "It was just beautiful," says Marley. "You can taste the soil, the pineapple and the sweetness. Bali brought the standard way up."

Vaswani isn't allowed to export yet, but he already senses the demand. "The German ambassador came to me last week and said, 'Can we start a conversation?'" he says. "It's going to take time, but in Jamaica, we always like to have the best." 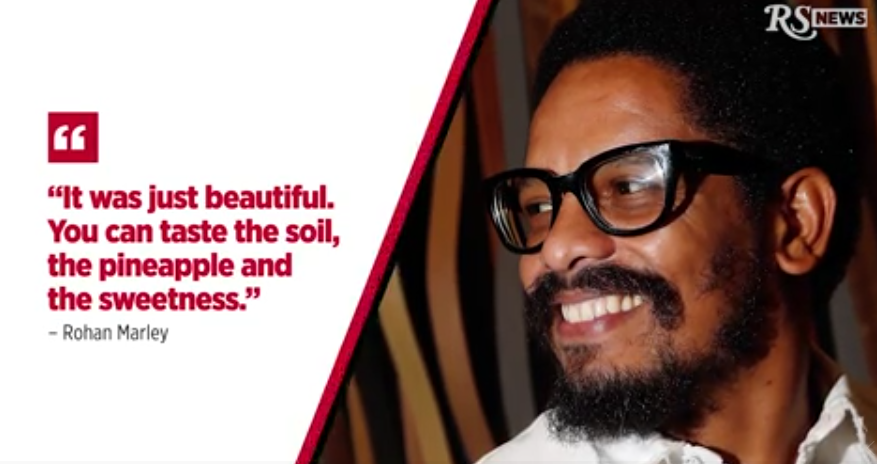