The Mendocino County Board of Supervisors on Tuesday approved a change to the county's federally-scrutinized medical marijuana ordinance, Chapter 9.31 of the Mendocino County Code, which calls information generated by and obtained under the law confidential.

As it was originally proposed, the change would have called the information gathered and used under 9.31 confidential medical information, but the board removed the language that refers to medical marijuana use.

The change originally proposed read, in part, "... the County of Mendocino Board of Supervisors hereby finds and declares that all medical marijuana use information received by and/or generated by the operation of Chapter 9.31 has always been intended to be treated and held by the County of Mendocino as confidential medical information to the fullest extent authorized by California and Federal law from 2008 to the present as well as prospectively."

The adopted change removes the phrases "medical marijuana use" to make the new section read "... all information received by ..." and removes the word "medical" from the last part of the sentence, so it says the information is "... to be treated and held by the County of Mendocino as confidential information ..."

County Counsel Tom Parker answered that "HIPAA does not provide that kind of coverage from a legal perspective."

He said the county was instead relying on Proposition 215, the Compassionate Use Act of 1996, which he said specifies that "medical marijuana information is medical information and is confidential."

Until March 2012, following a threat of federal litigation, medical marijuana collectives could apply to the Mendocino County Sheriff's Office for permits to grow up to 99 plants, an exemption from the county's limit of 25 plants per parcel. The U.S. Attorney's Office in October issued subpoenas for records the county keeps regarding 9.31. 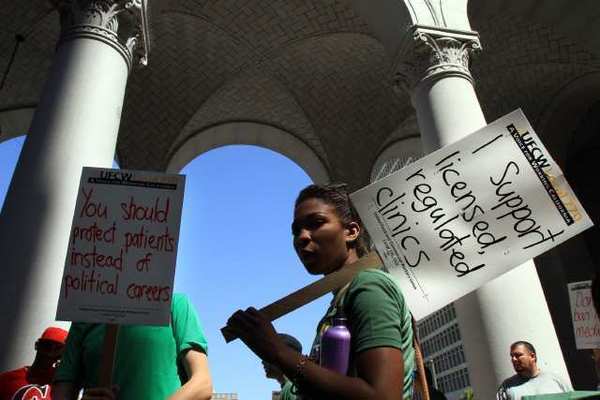