The Merced County Board of Supervisors today will consider approving the first steps of a new ordinance that regulates the number of marijuana plants residents can grow for medicinal use.

The proposed ordinance would limit the cultivation of medical marijuana to 12 plants for any parcel of land, regardless of the property's size, whether it's indoor or outdoor, or the maturity of the plants.

Merced County currently follows state law on allowable amounts of medical marijuana, which is a maximum of six mature or 12 immature marijuana plants, in addition to 8 ounces of finished product.

Under the new ordinance, people growing more than 12 plants total could face three levels of stiffer penalties: abatement at the owner's expense, an administrative procedure resulting in penalties or a misdemeanor charge resulting in six months in jail and-or a $1,000 fine.

"The goal is not to crack down on people that need it for medicinal purposes," North said. "The goal is to promote safety and deal with people that are cultivating very large grows."

Medical marijuana collectives have been operating in Merced County for "several years with minimal local regulations" and are linked to serious crimes such as armed robberies, according to county documents.

Many growers come to Merced County because it doesn't have regulations that prohibit large grows, officials said.

Merced County Sheriff Mark Pazin said the current law has a lot of gray area, but the proposed ordinance would enforce legal growing limits while carrying criminal and civil penalties for those who break the law.

"There was really an open-ended interpretation of Proposition 215," said Pazin, adding that the ordinance would close some of the law's loopholes. "Right now, we're having persons come in and grow acres of illegal marijuana plants."

The Board of Supervisors will meet at 10 a.m. today in the board chambers on the third floor of the Merced County Administration Building, 2222 M St. in Merced. 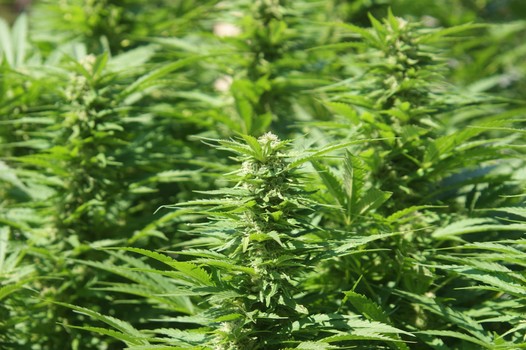