Georgia - For as long as Mercer University junior Katie Callaway can remember, her younger sister, Maggie Callaway, has suffered from a relentless seizure disorder. Maggie had her first seizure after a routine checkup when she was just 3 months old. Over time, the seizures have hindered her mental development. She's 17, but she functions at a 3-year-old's level, her sister said.

The seizures arrive unexpectedly and take Maggie to a state where she can't speak, sleep or eat because her body trembles. Years ago, doctors told the family that her seizures could get better after puberty, but her condition has only worsened. But there is hope for Maggie and her family. On Wednesday, the family will travel to Colorado to try a treatment that is not legal in Georgia -- for now. The Callaway family hopes a specific strain of medical marijuana will help curb her seizures.

Last year, state Rep. Allen Peake tried unsuccessfully to pass legislation in Georgia that would have made cannabis oil legal in certain situations. After that bid failed, he started Journey of Hope, which provides financial help to families that want to seek treatment in states where medical cannabis is legal. A close friend of the Callaways told them about Journey of Hope, and Maggie was approved for help. "(My mom) probably cried for two hours because it's hope for my family and the hope that (Maggie) will stop having seizures," Katie said.

In the past, Maggie's seizures happened just once or twice a month, but now she has two to three seizures every other night, leaving her in a "zombie-like condition," said Beth Callaway, Maggie and Katie's mom. Beth and her husband, Kevin Callaway, are ever vigilant, staying up long nights to care for their child. "It's just something that has taken a toll on their physical health," Katie said.

Initially, the Callaway family had its doubts about the cannabis oil treatment, especially Beth. "My mom was just coping with what my sister had, and we weren't really searching for solutions," Katie said. She said her parents have researched the drug extensively and its positive impact on children with seizure disorders and other neurological conditions. That research made Beth less skeptical.

Once they're in Colorado, Maggie will see a team of doctors and will be referred to a caregiver who will grow a specific strain of medical cannabis for her. The cannabis oil's low levels of THC, the psychoactive ingredient in marijuana, combined with high levels of cannabidiol, or CBD, can have a substantial impact on minimizing seizures, Beth Callaway said. (CBD is a compound found in cannabis that is used for medical purposes. The compound does not cause users to get high.)

After years of failed medications, unproductive hospital stays and unhelpful diets, the medication could be the long-awaited, successful treatment that Maggie and her family have been seeking. "I personally think that it's going to be positive, but that's not something we'll know till we're there," Katie said. "We are fortunate to have this opportunity to go to Colorado, but so many families in Georgia don't, and I myself didn't realize how important and crucial this is to families."

The program covers housing, rent and transportation, but not the treatment. A close friend of the Callaways created a "GoFundMe" page for Maggie to try to raise money to cover treatment costs. GoFundMe is a "crowdfunding" website that allows people to solicit donations for a wide range of needs. Within 24 hours, the page had raised $10,000 and was shared on social media more than 600 times. "We were so overwhelmed and overjoyed," Katie said. "We weren't expecting that kind of result."

Before they leave for Colorado, the Callaways are trying to spread as much awareness about cannabis oil as possible and to help people see past the political stigma. Peake has been hosting a series of hearings across Georgia to increase dialogue about medical marijuana and prepare for new legislation to address misconceptions about the drug. People with dozens of diagnoses -- from multiple sclerosis and post-traumatic stress syndrome to chronic pain -- would like access to the cannabis oil to try to mitigate their condition.

Mercer University recently hosted one of Peake's hearings, and the Callaway family attended as advocates for the legislation to allow medical cannabis oil in the state. In the middle of the conference, Beth noticed Maggie's breathing quicken and goose bumps began to appear on her legs -- signs that she was about to have a seizure. The Callaways left the conference quickly and were followed by journalists who snapped pictures during the seizure.

"I wanted to tell them to go away," Katie said, "but I didn't know who would see those pictures and what it could do for the cause." The decision to open their private lives to the public wasn't easy, but the family decided it was necessary to help others learn about their daughter's condition and for other families struggling with similar medical issues. Maggie's story has gained statewide attention. Katie said her parents aren't used to getting interviewed by reporters, who are eager to hear their story. But for the Callaway family, this is more than a story. The issue is a sobering reality.

"This is something that's been a part of us for 17 years. It's emotional," Katie said. "We've never known a Maggie who hasn't had seizures, so the chance of her beginning a healing process, ... we've never been given that opportunity for that." The next few months will be an exciting -- yet nerve-wracking -- time for the family. If the medication works, "there is no way we are going to stay in Georgia," Katie said, "so I guess they are going to wait and see." 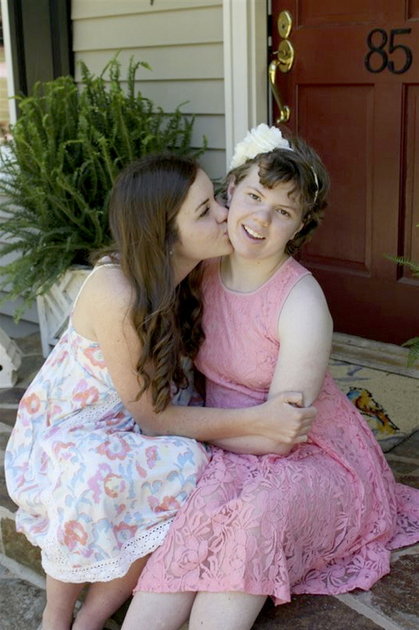 A strain with "CBD's, there are companies that specialize in that, just type in "CBD's Marijuana". Hope this helps

The " high CBD, low THC, it won't get you high" message resonates in much of the south and tornado alley states. Idon't mind.
Six months after they acccept CBDs as medicine, they will realise some of these conditions respond better to CBDs plus THCs, and that THC is also medicinal.


What's so wrong with feeling good while you heal?

I live in New England, and there are still some folks who dress in puritan garb, but most of us no longer equate pleasure with the devil.
Radogast

Radogast said:
The " high CBD, low THC, it won't get you high" message resonates in much of the south and tornado alley states. Idon't mind.
Six months after they acccept CBDs as medicine, they will realise some of these conditions respond better to CBDs plus THCs, and that THC is also medicinal.


What's so wrong with feeling good while you heal?

I live in New England, and there are still some folks who dress in puritan garb, but most of us no longer equate pleasure with the devil.
Click to expand...


There is nothing wrong with feeling good while you are healing. In fact, it facilitates the healing process. Once again I will use Mykala Comstock as an example of this. Just these past few days see had to be admitted to the hospital because of a viral infection and a fever that peaked at 104.7 degrees. She was feeling awful to say the least and then her mother brought the cannabis oil to the hospital and gave it to her. Her mother said, "This morning I was able to go home and pick up her oil... came back to the hospital and gave it to her... within an hour her smile returned and her beautiful eyes shined happiness."

Certainly there is no other medicine that can facilitate healing in such a fundamental and full spectrum way as does cannabis. The high from cannabis THC complements the natural high of our own anandamide (the bliss molecule) and does it safely without harm. Feeling high is indeed good and very natural.