"The federal government should not be forcing Oregon's legal marijuana businesses to carry gym bags full of cash to pay their taxes, employees and bills", said Senator Jeff Merkley.

Banks wishing to do business with the marijuana industry without fear of government reprisal inched closer to reality - again - when a Senate committee Thursday approved a measure - again - to do just that.

The amendment would prevent federal banking regulators from prohibiting, penalizing, or discouraging a bank from providing financial services to a legitimate, state-sanctioned and regulated marijuana business.

The Interior, Environmental and Related Agencies Appropriation Bill cuts the Environmental Protection Agency's budget $31.2 million from past year and stops executive overreach by prohibiting the Stream Buffer Zone rule, which would substantially impair the domestic coal industry's ability to meet the nation's energy needs; prohibiting the EPA Waters of the United States rule; and continuing to prohibit the EPA from regulating certain types of ammunition and fishing tackle.

But the third time could be a charm.

The U.S. Senate Appropriations Committee on Thursday approved an amendment to the Financial Services and General Government Appropriations bill that is meant to ease access to banking and other financial services for state-legal marijuana businesses. This year's bill, which funds the Treasury Department, the judiciary and agencies such as the Securities and Exchange Commission, is about $22 billion.

The amendment passed 16-14 and was met with cautious optimism by an industry that's said banking is a critical need for businesses forced to operate mostly in cash.

Stand-alone legislation has been introduced in each house of Congress - S.1726 by Merkley and H.R.2076 by Rep. Ed Perlmutter of Arvada. "This measure should ease financial institutions' concerns about opening accounts for these state-legal businesses".

"More than half of the USA population lives in jurisdictions where marijuana is legal for adult or medical use", said Robert Capecchi, director of federal policies for the Marijuana Policy Project.

"This is an invitation to robberies, money laundering, and organized crime", he continued.

While marijuana has been legal in both states for more than a year, federal law says banks and credit unions can be shut down if they accept marijuana money. 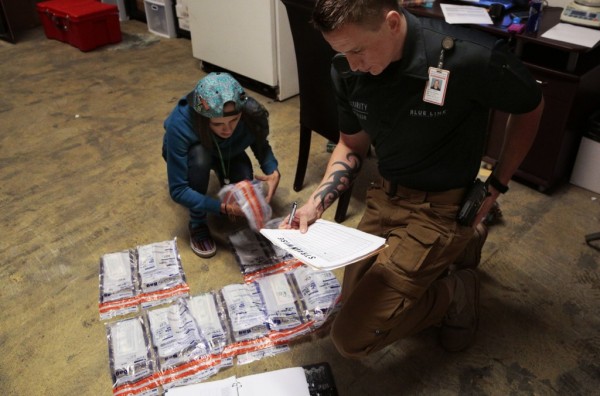