"It's definitely what we need for the patients," said Chad Morrow, former Otsego County dispensary owner. "The patients right now can't use the medical marijuana they need with the edible oils, so this helps with that."

The package of bills, which were approved by the Senate Sept. 7 and by the House Wednesday, aim to provide more authority to communities to have the medical marijuana dispensaries and to have them located wherever they choose, according to the Detroit Free Press.

The package is now on Gov. Rick Snyder's desk.

Brendan Curran, Crawford County assistant prosecutor and Otsego County prosecutor-elect, said he is waiting to see what the language of the bills will look like after Snyder signs them, assuming he signs the bills into law.

"The thing I find interesting is will the governor sign some of them but not all of them? It seems to me these bills work best while being together as one big package," Curran said. "God knows what the finished legislation will look like."

The bills also implement a 3 percent tax on dispensaries, as well as a system to make licenses for people intending to grow or buy the medical marijuana, as well as for the dispensaries, caregivers and transporters.

The bills allows allows a city to authorize a medical marijuana dispensary in their city, and to charge a maximum $5,000 annual licensing fee.

"The government has been foolish so far with not taxing this. I think it makes sense to regulate the tax," Curran said. "Pretty much every other substance we have is regulated and taxed."

From what Morrow has heard, several supporters of medical marijuana have expressed concern over the tax on dispensaries. Morrow said he believes the tax will be good for dispensaries and could possibly begin to pave the way for recreational marijuana legalization in the state.

"I believe (the tax) is setting up the infrastructure," Morrow said. "Once this gets signed by the governor, a year from that day is when the first license can be issued.

"I think it will benefit the recreation end of it. Everybody has to have capital."

HB 4210 makes it possible for patients to use medibles, a non-smokable form of marijuana that have food products and oils in them.

HB 4827 will authorize a system to track and monitor the marijuana grown from its seed stage to when it goes on sale, in order to better understand the process of how it is grown, processed and transported into its respective dispensary.

SB 141 enacts penalties for selling the medical marijuana and violating the licensing restrictions, which could result in two years in prison. SB 1014 means the Michigan Commission on Law Enforcement Standards will include medical marijuana in its authority.

Lynda Rutkowski, a substance abuse prevention specialist for Catholic Human Services, said she wants there to be as little exposure of marijuana and other harmful products to children as possible, and after looking at HB 4210, doesn't believe the language is enough to accomplish that.

"I'm a substance abuse prevention specialist, and I'm also a mom and a resident of Otsego County," Rutkowski said. "Overall, my concern is the expansion of edible products. They've been associated with overdoses and poisonings with adults and children for a number of reasons.

"My overall goal is to protect the kids. I feel like there needs to be clear stipulations that control the level of THC found in marijuana products and other edibles. A maximum amount of THC in any product and there needs to be comparable (methods) to counteract the psychoactive levels."

THC is the intoxicating chemical in marijuana.

Michigan voters approved marijuana for medical use in a 2008, and since passage, the Gaylord area has become an active spot for dispensaries.

Otsego County had as many as 10 dispensaries operating earlier this year, but a number of them were searched by law enforcement in March and subsequently closed down. A number of those arrested as a result of the March raids are still working their way through the court system. There was also a round of police searches of dispensaries in May 2015.

One of the bills will give a city more authority to allow a medical marijuana dispensary to start up within their city, and to charge licensing fees of up to $5,000.

Joe Duff, Gaylord city manager, said the way Gaylord handles dispensary situations is that the city does what it can to provide the zoning for the business, but is not responsible if the business does anything illegal.

"It's no different than if a gas station continues to sell cigarettes to a minor. It's not our fault," Duff said. "The city's presence in all of this has been very minimal. We simply look as these things as nothing more than a retail opportunity."

In addition, Duff said he hopes if the bills get passed into law that they provide a clear explanation for what everyone related to dispensaries on what the laws entail.

"Our issues have always have been that there haven't been enough direction provided by state law," Duff said. "The hope is with these defined laws, comes with clear definitions on what's proper and what's not proper." 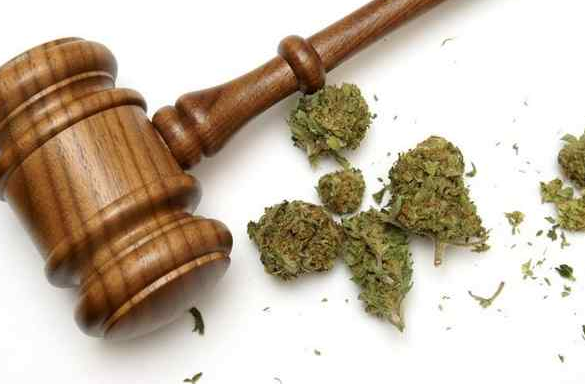