Three bills signed by Gov. Rick Snyder on Sept. 21 likely will grow Michigan's medical marijuana industry substantially and could contribute millions in revenue for the state.

Earlier this month, the Michigan House approved a package of bills that enhances Michigan's 2008 Medical Marijuana Act. The bills previously were approved in the Senate.

A report released earlier this year by Gary Wolfram, a Hillsdale College economist, found the proposed regulatory framework for medical marijuana could generate up to $63.5 million in revenue and lead to 10,000 more jobs in the state.

Alan Rogalski, attorney with Warner Norcross and a licensed clinical pharmacist, said the bills open the door for the commercialization of medical marijuana in Michigan.

"These bills create a whole new arm of this industry. This really transcends into commercialization of medical marijuana," Rogalski said.

"Now, you have a state operating license. You will have licensing of all these different pieces of the process - growers, processors, provisioning centers, transporters, and the safety compliance facilities. So, there is a whole industry (created)."

He said the Medical Marijuana Facilities Licensing Act in particular is a huge change, because under the 2008 law, provisioning centers, also known as dispensaries, weren't allowed.

He said now the law makes it clear provisioning centers can exist, and it regulates them.

"The focus was to create a framework for medical marijuana - for commercial growers, not just caregivers," he said.

Rogalski said allowing for safety compliance facilities is an important piece of the legislation.

He said testing facilities will help patients and caregivers know the potency of the product and be able to better align the product with the patient's needs.

"Up until now, you haven't had the ability to do that type of testing," he said. "It lets patients know what they are getting, and the safety of what is being grown."

He said it also will help medical professionals figure out the correct percentage of Delta-9-THC that will benefit the patient.

Rogalski said he already has heard about labs gearing up to perform medical marijuana testing.

"It's a seed-to-sale mechanism to track marijuana growth, processing, transferring, disposing and storage under the Medical Marijuana Facilities Licensing Act," he said. "Any seed, plant, product that is cultivated can be tracked to the ultimate patient consumption or the disposition of the medical marijuana."

Rogalski said the bill allowing for non-smokable forms of marijuana aligns state law with the medical community and its patients more fully, as well.

Rogalski said the number of medical marijuana patients and caregivers in Michigan continues to grow, and he thinks the industry will see exponential growth.

According to The Marijuana Policy Project, Michigan had 203,889 registered medical marijuana patients as of June, which accounts for 2.05 percent of the state's population.

Rogalski also thinks more medical conditions will be added to the list of qualifying conditions as acceptance grows.

"There is a lot of discussion of use for PTSD for returning vets or others who have experienced traumatic events," he said. "We've seen anecdotal evidence of marijuana to treat seizure disorders in pediatric patients."

The state also stands to gain economically from the bills, particularly from the 3 percent tax.

Rogalski said he thinks the legislature has done a good job with these bills in bringing clarity to the 2008 law.

"These are pretty comprehensive bills," Rogalski said. "I think this is a quantum leap toward getting it right and plugging holes in the 2008 law." 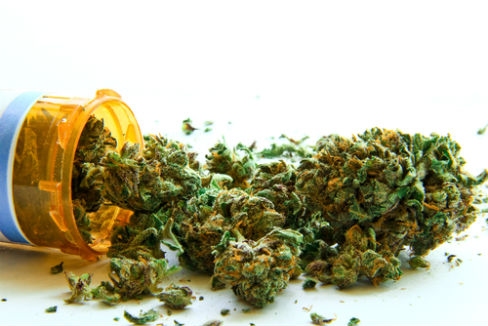