Lansing, MI - New medical marijuana regulations will be put into place in December, and some are projecting millions of dollars in state revenue with the changes; some analysts estimate the number could be more than $63 million a year, according to the Detroit Free Press. The new regulations require a 3% excise tax on dispensaries' gross sales receipts.

Based on just over 200,000 registered medical marijuana patients in the fiscal year 2016, that could yield $21.3 million annually in revenue to the state, according to the Senate Fiscal Agency. If prices and buying habits follow the pattern of Colorado, the agency estimated Michigan's medical marijuana market could exceed $711 million.

Additional revenue is expected if marijuana retail sales are subject to Michigan's 6% sales tax - to the tune of $42.7 million - and with the collection of state and local licensing fees, the fiscal agency wrote.

ArcView Market Research, which analyzes the cannabis industry, says Michigan could be the third-largest state medical marijuana market by 2020, with $556 million in projected sales that year. Michigan would rank behind California and Colorado, the report suggests.

Advocates are concerned, however, that new taxes and other regulatory fees will raise the price of marijuana products, potentially to the point they're no longer affordable, said Paul Armentano, deputy director of the National Organization for the Reform of Marijuana Laws, or NORML, a Washington, D.C.-based advocacy group.

"The notion is, what we do not want to do is attach so many fees associated with the legal market that that market can no longer compete with the illegal market," Armentano said, "and therefore we continue to allow that illegal underground market to flourish."

There is some evidence that could happen. The Tax Foundation studied tax structures in the four states that legalized recreational adult use of marijuana; several initially imposed tax rates in the double digits, according to the Tax Foundation. Some of those states now are lowering their rates, Henchman said.

"A lot of people switched, but not enough, and that suggested the rates were too high," Henchman said. Lowering rates could be a way to ensure taxes are "not so high that it's inducing people to go and find a black market dealer."

Gary Wolfram, William E. Simon professor in economics and public policy at Hillsdale College, in February published a report estimating that Michigan's excise and sales tax windfall from the new regulations would range from $44.3 million to $63.5 million annually. The lower amount was based on several factors, including roughly 182,000 registered patients in Michigan in the 2015 fiscal year and an assumption that two-thirds of them would buy marijuana from a licensed dispensary.

The amount could increase to $52 million if 80% of current patients bought cannabis from a dispensary, and $63.5 million if Michigan's patient count increased to 219,000, Wolfram found. 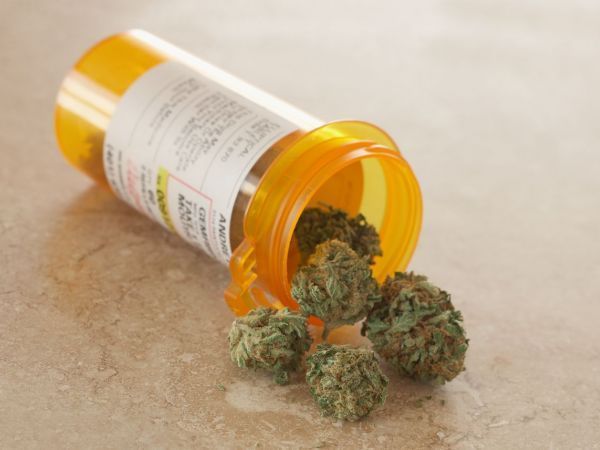 K
Michigan May See Millions In Revenue From Legal Marijuana