A West Michigan medical marijuana dispensary was raided, but the owner says he thought he was doing things by the book.

Since voters passed the Michigan Medical Marijuana Act, many card-carrying patients and caregivers claim to be wrongfully raided because they believe they are protected under the law. State police data shows that between 2008 and 2014, arrests for marijuana went up 17 percent. Just last year alone, there were more than 20,400 arrests for using marijuana.

Why are some dispensaries raided and others left untouched?

FOX 17 met Thursday with Paul Miller, a card-carrying caregiver, his Muskegon dispensary, which has been shut down. He says that his grow and curing process creates medical-quality marijuana.

"In my mind, just looking at the law, I felt I was just helping customers, helping patients," said Miller.

In May 2011, Miller opened the Muskegon Medical Marijuana Dispensary, because, as a patient himself, he couldn't find affordable, medical grade marijuana. He said Michigan badly needs access to caregivers.

Miller says that for him quality is king. When he was in business, patients were calling from across the state, he says.

"It's difficult for any patient," said Miller. "There are still patients out there today, I'll guarantee you, that have nowhere to turn, nobody to call, and no way to get medical marijuana."

Last April, West Michigan Enforcement Team officers showed up with a warrant and then raided and shut down his dispensary.

Miller says the police took him for all he is worth.

Court documents show April 17, 2015, officers seized $16,479 from the dispensary's safe plus 156.6 pounds of medibles, 184.1 grams of Butane Hash Oil, 52.7 grams of ground marijuana, and 6.6 pounds of usable marijuana. Miller also said law enforcement emptied $25,000 his business bank account the next day ad charged him with a 15-year felony for growing and delivery of 45 kilos of marijuana.

But there's a problem with the math here: Miller said cops weighed his edibles as whole marijuana, not just the labeled THC that were in them.

"That's the whole thing: the state's just creating criminals almost as fast as they can pump them out of jail," said Miller. "It's really sad. The people that pay the price are the actual patients."

Miller told FOX 17 he wanted to fight the charge through to a jury trial, but the high legal costs on top of what was seized forced him to take a plea deal earlier this week.

"When it comes down to it, you can only hold out until you're broke and you can't eat," said Miller.

"So now we're looking at 18 months probation, which I have to pay $30 per month to the city and then, of course, $650 in court costs. So you're looking at another grand to Muskegon, including the $29,000 the state police stuck in their pocket."

When it comes to the pending medical marijuana legislation, with police wanting to phase out the caregiver, Miller said he doesn't buy it.

"I really feel it's bad to limit and have a certain amount of commercial grows the only people it's good for is the state and the people with money who can afford to pay the licensing," said Miller.

If you face marijuana charges that you believe are wrong, email Dana Chicklas at FOX 17. 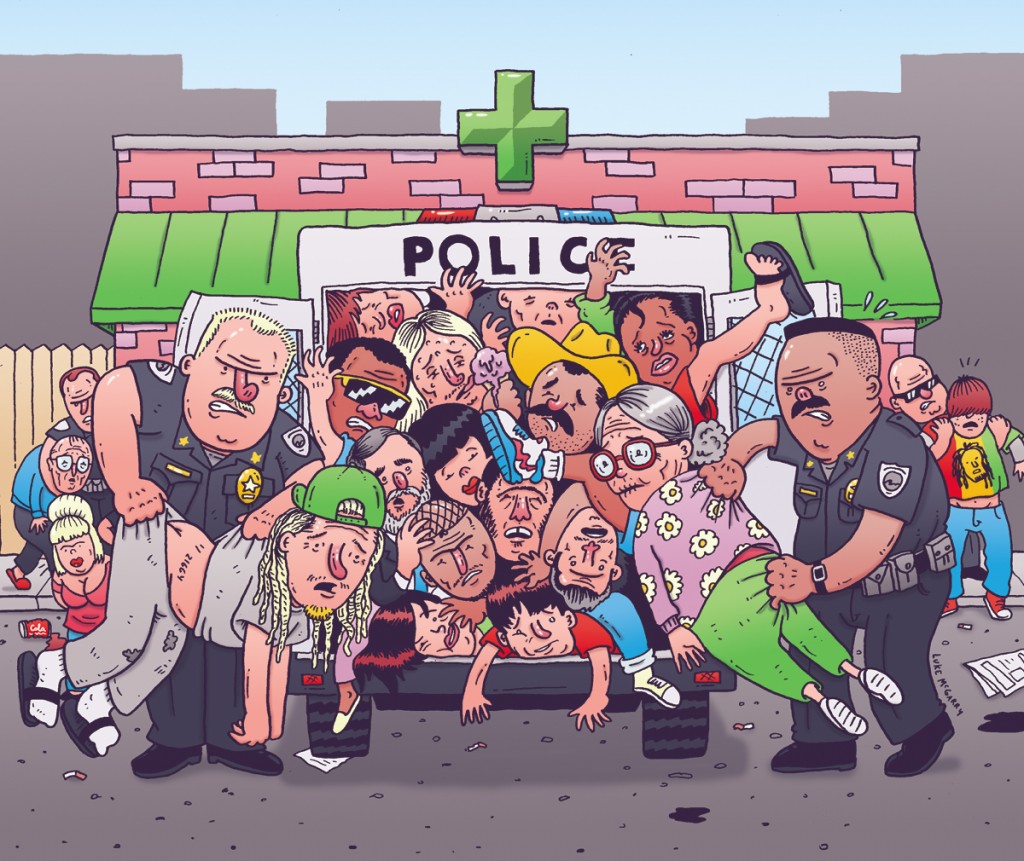