Local hospitals are wrestling with one of the murkier aspects of Minnesota's new medical cannabis law: how to appropriately handle the drug when it's used by hospitalized patients.

An amendment to the law, approved this year, provided some clarity by allowing health care facilities to dispense and manage the drug for patients who are certified to use it.

But it has been left up to individual hospitals to decide whether they want to participate in the state's medical cannabis program and, if so, how they will handle it.

Like most of its peers, Rice Memorial Hospital has begun internal conversations about the issue.

"We are talking about how best we deal with this," said Mike Schramm, chief executive.

At the same time, he acknowledges that it's "a hot-button issue" among Minnesota hospitals.

There are many unanswered questions about how health care facilities will accommodate the medical cannabis law, said Scott Smith, a spokesman for the Minnesota Department of Health.

The original medical marijuana legislation didn't address hospital use of the drug, how hospital pharmacies were supposed to store and dispense it or the legal implications for employees who handled medical marijuana on behalf of patients.

At the prompting of the state's health care facilities, the law was amended this year to spell out these provisions more clearly.

"The change in the law came about as part of those conversations," Smith said.

As with the doctor-patient medical marijuana certification process, hospitals have been given the option to participate in the program, he said. "There's no requirement that they have to provide the medication or handle the medication. It's all voluntary."

The law gives health care facilities some latitude in any restrictions they might want to impose – for example, limiting medical marijuana use to a specific area of the hospital or choosing not to store or maintain a patient's supply of the drug.

"There's a variety of ways hospitals are choosing to address it," Smith said.

Patients receiving medical marijuana while in a healthcare facility must be registered to use it and must be actively undergoing treatment or care at the facility.

In addition, the amendment specifically extends protection to hospital employees who possess medical marijuana while carrying out their employment duties.

This immunity is only at the state level, leaving extent to which federal law might apply unclear.

So far, the number of potential users of medical marijuana while in a Minnesota health care facility remains small. As of early September, 699 people had been certified by a physician as having a medical condition qualifying them to receive medical cannabis. Of this total, 395 had approval to pick up the product at one of the state's official dispensaries and 304 had not yet completed the registration process.

Despite the slow rollout of the program, it's the goal of Rice Hospital to be ready for patients who have a medical cannabis prescription, Schramm said.

A policy hasn't been finalized but discussions have started with the involvement of the medical staff, he said. "We think we need to be proactive rather than reactive." 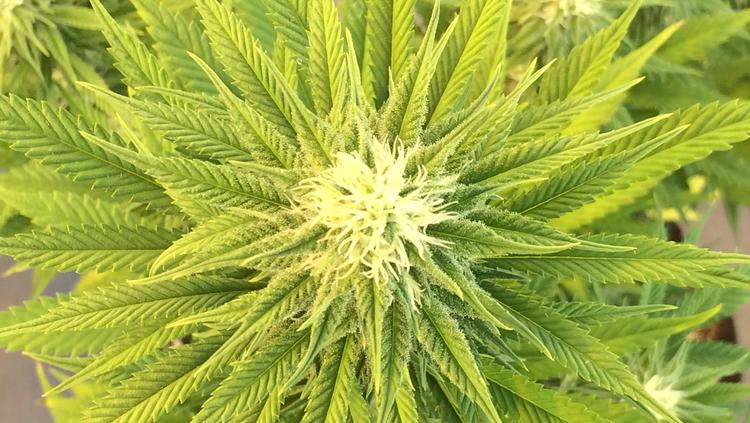