A Minnesota medical marijuana manufacturer will delay opening additional dispensaries until spring in hopes that patient numbers will grow.

Minnesota Medical Solutions, which opened dispensaries in Rochester and Minneapolis in July, had planned to open one in Moorhead and another in Eden Prairie this fall, according to its CEO, Dr. Kyle Kingsley.

"The patient numbers just don't justify immediately opening these satellite locations," he said. "It's strictly price control for our patients. We want to minimize expenses."

Opening and operating a dispensary involves "substantial costs," which include security, technology and a pharmacist and pharmacist technician, he said.

The delay in opening the Moorhead location will mean that patients who have been certified to treat their illnesses with cannabis pills or liquids and live in the northern reaches of the state will have to travel a long way, he said.

"You hate to open a location and only have five patients show up every week," he said. It's a balancing act between patient needs and costs, Munson-Regala said. "You need to keep it affordable for patients."

In St. Paul, restrictions make finding a location complicated because "you can't have a dispensary within 1,000 feet of a school or playground, and St. Paul has a lot of playgrounds and schools," Munson-Regala said. As of last week, 699 patients had been certified to legally treat their illnesses with medical cannabis, and 395 were fully enrolled in the program. The state has estimated that there are as many as 5,000 patients eligible and able to use the program. Minnesota legalized medical marijuana on July 1 for patients with certain medical conditions.

The slow start isn't surprising based on experiences in other states, Munson-Regala said. "The first year is pretty flat ... and then in year two or three, there's a spike in enrollment," he said. "I expect the program will grow."

Under state law, the two medical marijuana manufacturers must have eight clinics open by July 1, 2016. 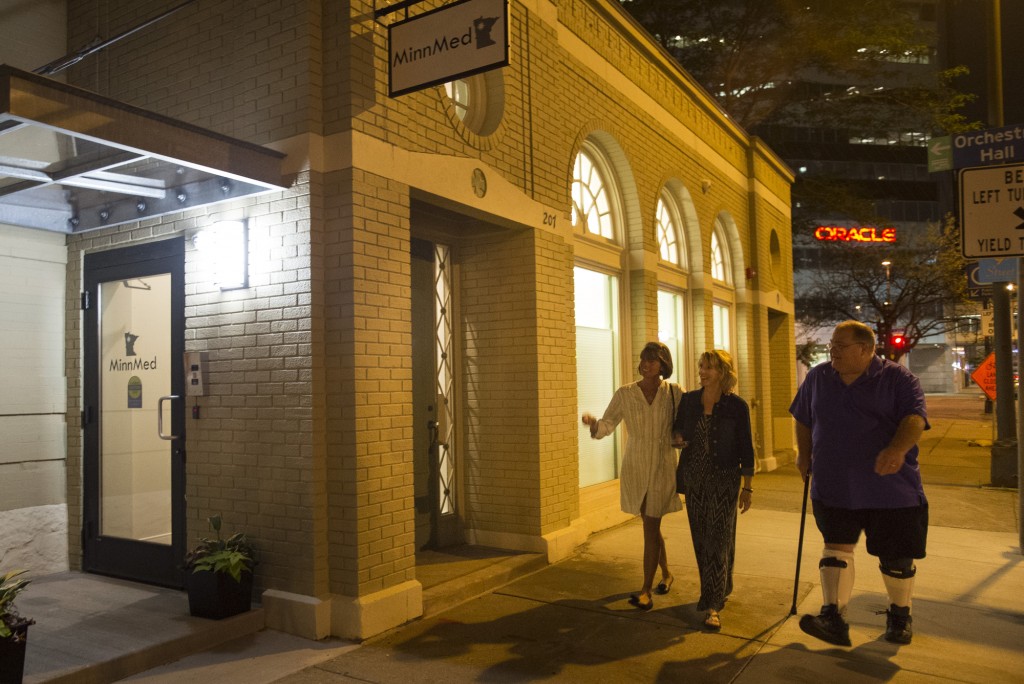