Minnesota Mom Who Treated Son With Cannabis Due In Court

Support appears to be growing for a Minnesota mom criminally charged after teating symptoms from her son's traumatic brain injury with cannabis oil. Angela Brown, of Madison, Minnesota faces two gross misdemeanors, including child endangerment, for giving 15-year-old Trey Brown marijuana oil to relieve pain from an injury suffered when he was struck in the head by a line drive while playing baseball.

Trey's parents say his pain became so severe he began harming himself and contemplating suicide. A doctor suggested they use cannabis oil as a last resort, and the Brown's say it gave the teen some relief. "Trey would describe it as reducing the pressure in his head. He didn't have the pressure anymore and his muscles would calm down," said Angela Brown. "Everything was great until I opened my mouth to the wrong person and I got turned in. And family services questioned my son at school, the cops came to my workplace."

Brown says after the family's explanation, the county family services dropped the case, but the Lac Qui Parle County attorney decided to pursue criminal charges. In the weeks since support has grown for Angela Brown in the form of online petitions and messages posted on social media, urging prosecutors to drop the misdemeanor charges against her. "He is worth every bit of struggle and any bit of time we have to spend in a courtroom," David Brown, the boy's father, told KARE 11 in August when the charges were filed. 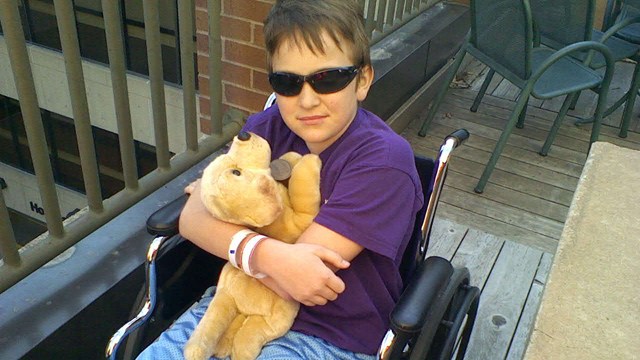 T
Angela Brown Treats Son's Head Injury With Cannabis Oil: 'He Was In So Much Pain'

Aug 23, 2014
The General
T
J
The Mom Who Gave Ger Son Medical Marijuana Has One Charge Against Her Dropped