Two very different plans for legalizing medical marijuana in Minnesota went to a legislative conference committee on Tuesday, leaving advocates hoping for an agreement acceptable enough to Gov. Mark Dayton to become law. "It's up to the legislators at this point," said Angela Garin, 26, of St. Paul, whose 5-year-old son, Paxton, suffers from intractable epilepsy. "I hope that the House and Senate work with what's best in both versions and come up with a workable compromise." Garin is among parents who have spent months at the Capitol arguing for medical marijuana they say helps alleviate their children's disease symptoms. But with just days left in the session, major differences separate the House and Senate versions. The presence of House Majority Leader Erin Murphy, DFL-St. Paul, on the six-person conference committee demonstrated how closely House leadership was watching the fragile bill.

Dayton and law enforcement support the more restrictive House measure sponsored by Hibbing Democrat Rep. Carly Melin. That proposal prohibits use by patients of the marijuana plant, limits the manufacture of medical marijuana to one facility and the number of dispensaries to three. It identifies eight conditions that would qualify for treatment. Garin and other advocates embrace the Senate bill sponsored by Minneapolis Democrat Sen. Scott Dibble. It allows patients up to 2.5 ounces of marijuana plant material, manufacturing and distribution facilities throughout the state and several other conditions to qualify for treatment, including "intractable pain."

Both bills allow patients to consume medical marijuana in pill, oil and vapor form. Neither permit smoking the drug. "The two bills are very different," said Dibble. "The $64,000 question is: Can we do it quickly enough?" "It's important that we continue to focus on the outcome, which is to pass something that can get signed into law that brings relief for especially those kids who have been with us throughout this session," Murphy said. "But we've got a couple of days before us that we can do that work with the Senate."

Law enforcement opposes the dispensing of plant material to patients because that will lead to wider street distribution of the drug, said John Kingrey, executive director of the Minnesota County Attorneys Association. "The tragedy of this situation is that marijuana is a Schedule I drug," said Kingrey, referring to the federal government's classification of marijuana as a substance with no current accepted medical use. "I think everyone would support moving marijuana to Schedule II so we could do some good clinical research on it."

Heather Azzi, political director for the nonprofit Minnesotans for Compassionate Care, is among those supporting the Senate bill. She said she believes her side still has time to convince lawmakers about the benefits of allowing patients to use marijuana plant material. Azzi, who has helped Melin and Dibble write versions of their legislation and has helped write medical-marijuana in several other states, said the plant is less intoxicating than vaporizing marijuana oil. She said the plant has natural components that work best when they work together, rather than being isolated in a single compound as is possible in pill or oil form. 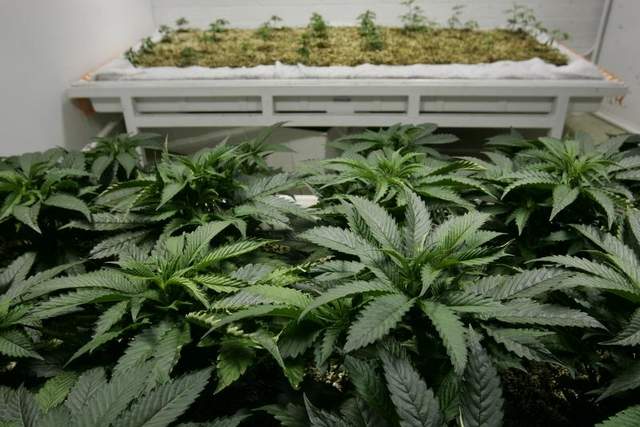