Minor Pot Crimes To Be Enforced Again In Missoula County

MISSOULA -- Marijuana once again is a priority for law enforcement in Missoula County.

So says Missoula County Attorney Fred Van Valkenburg, who issued a reminder about a new law that took effect on Saturday.

"We'll be prosecuting the misdemeanor marijuana cases that we have not been doing for the last 4-1/2 years," he said.

Under the new law, sponsored by Republican Rep. Tom Berry of Roundup at Van Valkenburg's request, "the power of initiative does not extend to the prioritization of the enforcement of any state law by a unit of local government."

The law applies only to Missoula County, where, in 2006, 55 percent of those voting approved Initiative 2 recommending that crimes related to marijuana be the lowest priority for law enforcement.

"Since no other community in Montana can adopt such an initiative and I'm the person who sought the adoption of this law, it would be hypocritical on my part to continue to follow the lowest priority of enforcement policy in Missoula County," Van Valkenburg's announcement said.

It asked that Missoula County Sheriff Carl Ibsen and Montana Highway Patrol Captain Greg Watson pass the message along to their deputies and troopers.

Not so fast, said Cynthia Wolken of Missoula, who lobbied for NORML, the National Organization for the Reform of Marijuana Laws, at the Legislature.

"It's not retroactive," she said, suggesting that the new law applies only to any future such initiatives that might be passed. " ... It troubles me that we have elected officials ignoring the will of the people."

Wolken, now a Missoula City Council member, said that "I don't like to see city resources put into going after people for something we said is the lowest priority. I'm troubled that (Van Valkenburg) is over and over attacking what the large majority of Missoulians have sent as a message, loud and clear."

Van Valkenburg has been an outspoken opponent of Initiative 2. He again pointed out in his announcement that, while Initiative 2 received a majority of votes in the city, a minority of county residents voted for it.

And he said that attempts by law enforcement to follow the law have caused "friction" and "an atmosphere of disrespect for the enforcement of law."

"The Highway Patrol people think this is crazy," he said. "Nowhere else in the state of Montana do we run into this sort of deal."

"He (Van Valkenburg) does make some valid points," Michels said. "We shouldn't have a contradiction between local law enforcement and state law enforcement. At NORML, that's what we're fighting for -- logical common-sense laws that actually work."

Under Initiative 2, people arrested for misdemeanor marijuana offenses -- the Missoula County commissioners amended the initiative to exclude felony amounts of 60 grams (about 2 ounces) and above -- never saw those charges prosecuted by the county attorney's office.

"They sit on my desk and gather dust," Van Valkenburg said.

Three years after Missoula County voters approved Initiative 2, a federal memo about the medical use of marijuana, which was legalized by initiative in Montana in 2004, prompted the number of medical marijuana cardholders in the state skyrocket.

"Because of that, it does not seem in any way appropriate to me that anyone who has not or cannot legally obtain a medical marijuana card should avoid prosecution for violations of the law," Van Valkenburg's announcement on Friday said.

That announcement came the same day that signatures were due at county courthouses around the state on a proposed referendum that would suspend a new state law vastly restricting the use and marketing of medical marijuana. The referendum was expected to qualify for the ballot.

Van Valkenburg said that removing the lowest-priority status from marijuana prosecutions might increase the workload by about 50 cases a year in his office.

But he warned, that if medical marijuana use goes to the black market, "there's going to be a lot more prosecutions." 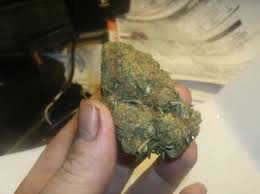 Minor Pot Crimes To Be Enforced Again In Missoula County

Missoula Marijuana Initiative 'Ignored' By Most Of Law Enforcement