"I would also say that her longtime influence on the commission before I was added to it last year, people knowing her personally and knowing what it had done for her, probably had a significant impact on people," he said. When Hoppe first introduced the legislation, it called for allowing people who are growing as many as six marijuana plants to face only a $250 fine and people deemed "seriously ill" to grow the same number of plants without penalty. Hoppe recently modified the bill to reduce the number of plants to two and require that the plants be kept indoors and in a locked area inaccessible to children. Hoppe also added a provision that would allow a seriously ill person to designate a caregiver to grow plants for them if they are unable.

"Seriously ill" people, as defined by city ordinance, would include people diagnosed with multiple sclerosis, HIV or AIDS, cancer, glaucoma, migraine headaches, arthritis, chronic severe pain or any other condition for which a doctor says marijuana can help alleviate the symptoms. A physician's note is required for seriously ill people to possess marijuana, as voters approved in 2004, and would be necessary for them to cultivate marijuana without penalty if Hoppe's legislation passes.

The changes to the ordinance didn't affect the commission's vote, Graham said. The Columbia City Council asked the commission to make a recommendation. It also asked for guidance from the Columbia Board of Health and the Substance Abuse Advisory Commission. Both groups declined to endorse the proposal. Dan Rader, co-owner of Bengal's Bar & Grill and a member of the Substance Abuse Advisory Commission, said the main concern among commissioners was that Hoppe's proposal goes against state law. "It would create a lot of confusion," Rader said. "I think most of the commissioners would think it would be most appropriate if it was addressed at a statewide level."

Rader said he wasn't as ardently opposed as other commissioners, but the panel most likely would want to discuss it again after Hoppe's changes. Dan Viets, a local attorney and marijuana legalization activist, helped craft the initial legislation. He said he discussed the changes with Hoppe and some concerns expressed by both commissions. Viets conceded that the modifications might not change the minds of commission members who opposed it, though. The changes "aren't unreasonable, and I hope and think it makes it more likely that council members and the public at large find it more acceptable," Viets said. At its Oct. 6 meeting, the city council voted to table discussion of Hoppe's bill until its Oct. 20 meeting. 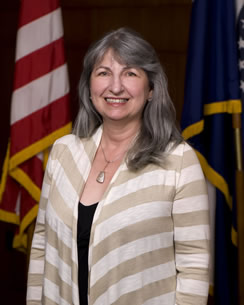