The Oregon Health Authority has collected $6,500 in civil penalties from a Southeast Portland medical marijuana dispensary owner for multiple "serious violations" of state rules. It's the first time the state has collected fines from a dispensary owner since the health authority began regulating the establishments in March. During an unannounced visit in May to Portland Compassionate Caregivers, state inspectors found 13 violations, including poor record keeping, failing to verify whether customers were valid Oregon medical marijuana cardholders and evidence of on-site cannabis consumption. The state subsequently ordered the dispensary to close.

William Lupton, its operator, paid the fines on Aug. 26. According to the state's settlement agreement with Lupton, the dispensary at 4020 S.E. Cesar E. Chavez Blvd. may reopen but must first be inspected. Lupton is responsible for a second dispensary in Eugene, which may continue to operate, according to the agreement. Lupton, reached Friday, declined to comment.

The state imposed a series of requirements if Portland Compassionate Caregivers reopens. For six months, it must submit detailed records to the state each week on the transfer of marijuana into the facility as well as records related to marijuana lab testing. "We said from day one we were going to protect the public and the patient and make sure these dispensaries operate in a legal manner," said Tom Burns, who oversees the dispensary program. "There is a price for not following the rules." A second Portland dispensary, Marijuana Dispensaries at 4612 N.E. Sandy Blvd., has been served with a proposed license revocation and civil penalties amounting to $29,500. Its operator could not be reached for comment Friday.

Inspectors visited that establishment on Aug. 7 and found a slew of violations, including a failure to store marijuana in a secure location and inadequate packaging of marijuana. Inspectors noted that cannabis was not in child-resistant containers and was instead placed in plastic Ziploc bags. The state also has ordered the closure of nine dispensaries for operating without a license. Burns said the state's three inspectors scour web sites and publications that advertise dispensaries to track down establishments operating outside of the law. Unlicensed establishments are subject to a $500 a day civil penalty. The state can impose a $500 fine for each violation at a licensed dispensary. 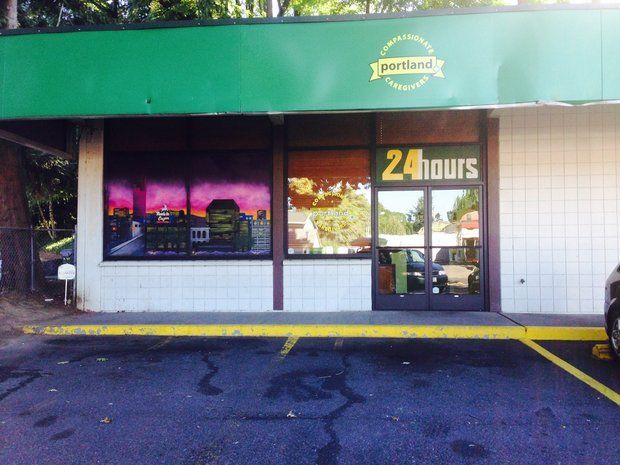